LOS ANGELES, California (CNN) -- With one year left on his "American Idol" contract, judge Simon Cowell said he is considering what he will do next. 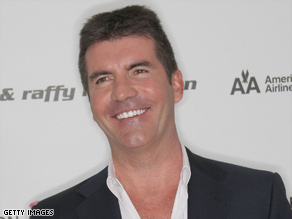 Simon Cowell is considering giving up "American Idol" after one more season.

"Right now, the only certainty is that I'm still on 'Idol,' still love doing it, and still have a year under contract," Cowell said in a statement. "While I am looking at all options for the future, I haven't made any decisions."

Cowell, 49, has been with the show since its first season in 2002. Though he has a great attachment to the show, "at some point, a decision will have to be made," he said.

Cowell, who judges three shows -- "American Idol "Britain's Got Talent" and "X Factor" -- told Britain's Daily Mirror newspaper that he's not sure he can keep up the pace and "one may have to go."

"Most people do one show a year, and I do three and they involve a lot of traveling," he told the newspaper. "One may have to go. I don't know which one. That is the problem; I like all of them." iReport.com: Share your thoughts on Cowell, this season of "Idol"

All About Simon Cowell • American Idol