Chris Brown: 'What was I thinking?' 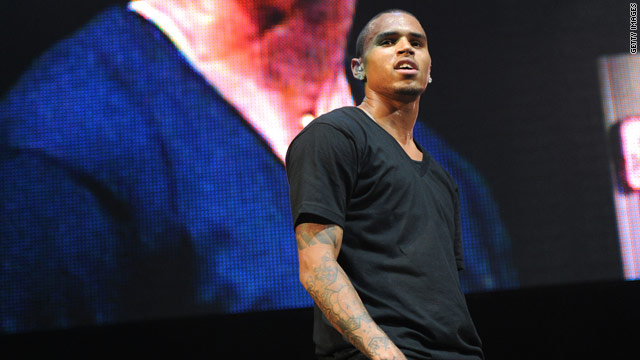 Los Angeles, California (CNN) -- Chris Brown had a change of heart and is now talking about what happened the night he physically assaulted his girlfriend Rihanna, according to an MTV news release issued Thursday.

Brown told CNN's Larry King two months ago that he would not discuss "what actually happened on that night, just out of respect for Rihanna and myself."

But MTV has taped what the network bills as "the most revealing and candid interview yet" with Brown, in which "nothing is off limits."

"Young people, we do before we think," Brown told MTV, according to the release.

The show airs at 6 p.m. ET Friday, just hours before ABC's news magazine "20/20" broadcasts the third and final segment of its interview with Rihanna.

Brown, who pleaded guilty in June to attacking Rihanna in February, was sentenced in August to five years of probation and six months of community labor.

The excerpts released in advance by MTV shed little insight into Brown's thinking about what happened between the two hip-hop stars while riding in a rented Lamborghini in Los Angeles, California, on the eve of the 2009 Grammy Awards show.

MTV host Sway Calloway, in the hour-long interview taped at Brown's Virginia home, asked about the singer's thoughts as he looks back on the attack.

"My thoughts is like, 'Why did it happen? Like, 'What was I thinking? What is wrong with you?' That's what I'm thinking with myself. That's what my thoughts are, basically, now," Brown said. "It's like, 'How do we get past it? How do you, Chris' -- talking to myself -- 'how do you go from point A to point B? How do you learn from your mistakes, turn it into a positive and help other people with the situation and at the end of the day become the person that you want to be?' "

Brown was widely criticized for his response in September when Larry King asked whether he remembered the attack.

MTV said that in its interview, Brown "speaks openly" about the criticism he received for that statement to King.

Brown told MTV that although many fans still support him, he realizes some people want him locked up.

Brown also uses the MTV appearance to promote his upcoming album, telling the music channel that he poured his emotions into the recordings, MTV said.

"He goes into detail about his ongoing anger management therapy, court-mandated weekly group sessions and his community labor sentence, all of which have helped him evaluate his past behavior and express his feelings in his new songs," MTV said.