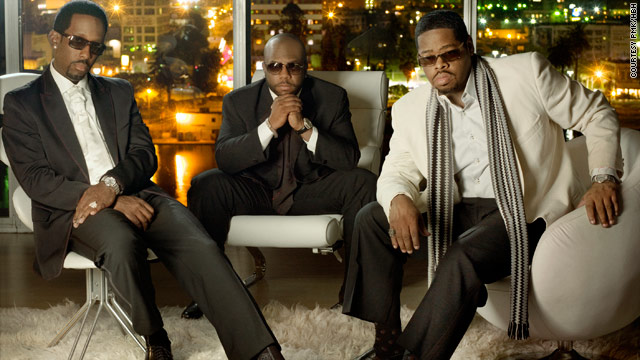 Shawn Stockman, left, of Boyz II Men is ill with the H1N1 virus. Wanya Morris, center, and Nathan Morris will perform without him.
STORY HIGHLIGHTS

The pair said Stockman was unable to accompany them to Atlanta on Tuesday for a scheduled performance at the 2009 Soul Train Awards.

"We tour eight months out of the year, and we are always traveling around," Nathan Morris said. "It's hectic for us always being in airplanes and airports. He got sick, and it hit him pretty hard."

The Grammy-winning and platinum-selling group, known for their No. 1 singles "End of the Road" and "I'll Make Love to You," has a new album out in stores in November called "Love." Wanya and Nathan Morris still planned to perform at the awards show as a duo, according to the group's manager.

"We go all over the world really, so I am surprised it hasn't happened earlier, to be honest," Nathan Morris said. "I talked to [Stockman] today, and he is doing much better."

Stockman joins a growing list of stars who have fallen prey to the swine flu, including the Backstreet Boys' Brian Littrell and "Harry Potter" star Rupert Grint.