Where have all the successful female rappers gone?

(CNN) -- Queen Latifah has been on the hip-hop scene for so long that she has seen artists come and go and trends change. 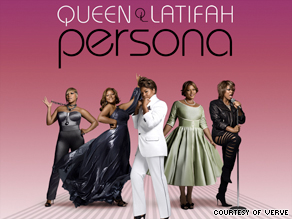 Queen Latifah remains one of the few female rap artists who garner attention in the music industry.

But there has been one development that she said has disappointed her tremendously -- the lack of female rap stars.

"There are not enough female rappers out there right now," she said. "The voice of the female is not strong enough in the game at all right now. It's almost nonexistent."

While artists like Beyonce, Ciara and Rihanna have thrived in R&B and pop, high-profile success for female rap artists has been more elusive in recent years.

From the beginning hip-hop has been viewed as a man's world, and discussions of sexism and inequality within the genre have come up often. In fact, many times such disrespect was the subject of the female rappers' tracks.

Today, with the music industry struggling, there is a particular dearth of female rap artists taking center stage.

It was a different hip-hop landscape when Queen Latifah first burst on the scene in the late 1980s.

The all-female rap crew Salt-N-Pepa (whose DJ was also a woman) scored some hits. The arrival of Queen Latifah helped usher in artists such as Monie Love.

Rapper MC Lyte was a teenager when she emerged, along with Queen Latifah, as one of the genre's first female superstars.

Check out some of the more successful female hip-hop artists »

MC Lyte said the music industry is so focused these days on the bottom line that there is little emphasis on cultivating female talent.

"When you have this major business that has been kind of taken over by corporate hands, it's like, how necessary is the black woman's perspective?" she said.

"Not unless she is talking about being that kingpin's main girl and she's wearing next to nothing and she's talking about nothing that is really going to nurture the people the way we are known innately as black women being able to do, there's really no space for that type."

A founding member of the West Coast rap group the World Class Wrecking Crew, which also featured Dr. Dre of the group N.W.A., Williams said many female rappers are finding it hard to navigate today's industry.

"It's a lot of women trying to get into it, but most young women don't know what direction to take," Williams said. "They don't know whether to be a gun moll for a gangster or a mother and they are confused as to what role they should take."

Artists like Queen Latifah and MC Lyte have served as role models to rappers that came after them, Williams said. Having successful women in the industry also allowed for the rise of artists like Lil' Kim and Foxy Brown, who express their sexuality with hardcore lyrics.

But all of the dialogue about misogyny in rap, coupled with music executives' hesitancy to spend money grooming new artists, has left some female rappers floundering, he said.

"It can be hard for women to find an image that is street-marketable as well as radio-marketable," Williams said. "For the most part, men can get away with a whole lot more because of the double standard that exists among the sexes, and so it's difficult for women to find a niche."

Not that the talent isn't out there.

MC Lyte said she has encountered several accomplished female lyricists on the Internet and through her work with Hip Hop Sisters, a network she founded.

And to help women gain more exposure in the industry, Queen Latifah is going to the grass roots, as she returns to her musical roots.

Her new album, "Persona," marks her return to rap after having focused on her singing career for the past few years.

Latifah, along with CoverGirl, for which she serves as a spokesperson, is sponsoring a contest titled "Ignite Your Persona."

Contestants can submit brief videos of themselves rapping, singing, dancing and/or performing as well as a short essay. A finalist from each city along her tour will be selected to open for her, Queen Latifah said.

"Hopefully I will be able to discover some new talent that I can bring to the forefront," she said. "I feel like I have been so fortunate with hip-hop providing a door for the many opportunities I have had, and I want to give that to other women. Because when there are not enough females [in the industry], the balance is off."

All About Queen Latifah • Foxy Brown • Hip-Hop and Rap • Music