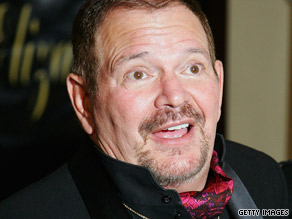 The coroner's report on what killed Jackson last month should be ready the middle of this next week, assistant chief coroner Ed Winter said as he emerged from Dr. Arnold Klein's Beverly Hills, California, office Tuesday afternoon.

"We're looking at some documentation that Dr. Klein has agreed to provide to us," Winter said.

A lawyer for Klein said he met with Winter inside the doctor's office, but an employee in the office said the doctor was not there.

The exact cause of Jackson's death on June 25 is pending a toxicology report. It is also the focus of an investigation by police, the state attorney general's office and the U.S. Drug Enforcement Administration.

Klein, who treated Jackson for decades, denied in a CNN interview last week that he had given Jackson dangerous drugs.

"If you took all the pills I gave him in the last year at once, it wouldn't do anything to you," he told CNN's Larry King.

Jackson visited Klein's office several times in the weeks before his death, including one visit just three days before.

Winter said he obtained some medical records from Klein.

"Dr. Klein has cooperated with us extensively and that's all I can say," Winter added.