'You Light Up My Life' writer indicted on sex charges

NEW YORK (CNN) -- An Oscar-winning songwriter was indicted on charges of sexually assaulting women whom he would fly in to New York under the impression they were auditioning for movie roles, the Manhattan District Attorney's Office said Tuesday. 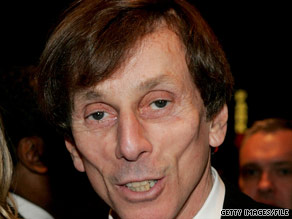 Songwriter Joe Brooks is best known for writing "You Light Up My Life" and directing the movie.

Brooks won the Oscar for best original song for the 1977 song, "You Light Up My Life." He also directed the movie, which is about a director who has a one-night stand with an actress.

"I'm flabbergasted," said actress Melanie Mayron, who starred in "You Light Up My Life."

Mayron said she did not stay in contact with Brooks over the years but described him as a "lovely man."

In the indictment, Manhattan District Attorney Robert Morgenthau alleges that Brooks would fly women in from California, Florida and Oregon for private auditions.

He would serve the women one or two glasses of wine, said Lisa Friel, assistant district attorney.

The women described feelings that suggest a date-rape drug was used, she said, but added that toxicology results were unclear.

Shawni Lucier, Brooks' personal assistant, was also charged with criminal facilitation in connection with arranging some of the encounters.

The suspect agreed to the terms and left the courthouse. He is set to return Thursday morning and meet the bail agreement, said Jeffery C. Hoffman, his lawyer.

Hoffman said some of the women who made the accusations were trying out for a role in a screenplay Brooks wrote.

None of the girls was chosen for the part and may feel "upset about that fact," the lawyer said.

Hoffman said he is looking forward to proving his client's innocence.

"All I can say is, my client is anxious to clear his name of these false charges," he added.

All About Music • Academy Awards