(CNN) -- With 17 Grammys, five gold records and -- by his count -- almost 130 albums, polka superstar Jimmy Sturr might just be the most successful musician you've never heard of. 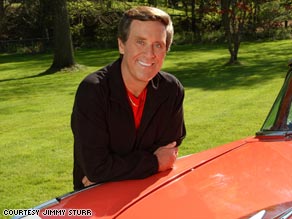 Polka artist Jimmy Sturr is up for a possible 18th Grammy Award at the upcoming ceremony.

Sturr and his orchestra, superstars in the polka world, are one of a multitude of musical acts nominated this year in some of the lesser-known Grammy categories. When there are 110 categories, "lesser-known" might be putting it lightly.

"I try not to get too worked up over it," said Sturr, who is once again nominated this year in the best polka album category. "But when the [awards] season comes along I am right there saying 'I hope I win. I hope I win.' It just never gets old."

Sturr is among the unsung artists whose statuette presentation doesn't make it to the prime-time televised broadcast, which will air 8 p.m. Sunday on CBS.

While categories like best Hawaiian music album, best traditional world music album and best historical album may linger in the shadows of the big Grammy show, they are no less important to the performers and fans who love them.

See some of the lesser-known categories »

The Grammy Awards are trumpeted as "music's biggest night," and Grammy officials there are cognizant of the heavy competition to appear on the broadcast.

There just isn't enough time to honor everyone on the televised presentation, said Neil Portnow, president and CEO of The Recording Academy, which presents the Grammy Awards. He said about a dozen awards, including album of the year and best new artist, are given out during the live show.

"Every Grammy is of equal value and importance in our minds," Portnow said. "That said, with 110 categories and 3½ hours of television, physics dictate the reality that we can't do everything on the national broadcast."

Instead, the other nominees are feted at an event held earlier in the day, Portnow said.

"We created a very significant and somewhat extravagant pre-telecast, which is conducted in a separate facility right across from the Staples Center the afternoon of the show," Portnow explained.

Number of categories for first Grammys in 1958: 26

How they're decided: An awards and nominations committee made up of 40 to 50 Academy members meets over two days to review submissions, says Bill Freimuth, vice president of awards.

Then what? Approved proposals are submitted to the board of trustees, where anything ratified goes into effect immediately.

"We build a substantial stage, we have co-hosts, we have music performances and we have presenters," he said. "Many, many of our nominees come to that event to pick up their Grammys."

This year, fans of the best contemporary folk/Americana album or best engineered album (nonclassical) categories -- among others -- will be able to see their favorites on the Web, because this year's pre-telecast will be streamed live on Grammy.com and available for viewing for 30 days after the ceremony.

Singer Wayna, who is nominated for best urban/alternative performance for her song "Lovin You (Music)" featuring Kokayi, said she feels honored simply to have been chosen.

"I'm not sure if I've taken it all in yet," the Bowie, Maryland, singer said. "I'm really proud of this category."

The increase in independent artists shows a trend Portnow said "speaks to the importance of what we do to a very broad segment of the music community."

No doubt that community includes at least a few admirers of the vivacious dance music that is polka.

Sturr may not be burning up the charts or even generating the heat of fellow Grammy nominees Lil Wayne and Radiohead, but he gets his fair share of love from those who follow his genre.

Some admirers have gone on to become collaborators. Sturr's recording partners have included Willie Nelson, the Oak Ridge Boys and Charlie Daniels.

He's often surprised by who is a fan, he said.

"I was in Jupiter, Florida, a few years ago and the manager of a restaurant I knew came up to me and said there's a fan of yours that would like to meet you," recalled Sturr. "I went over and it was Burt Reynolds."

Sturr and his orchestra's popularity have been bolstered by appearances on "Saturday Night Live" and at the Grand Ole Opry, as well as his own variety show, which airs twice a week on Direct TV.

Polka's partisans are well aware that the music is often mocked, and believe an appearance on the Grammys would go a long way toward widening the genre's audience.

"To get a legitimate, great sounding orchestra on national television would certainly help," said Ray Zalokar, director of 247Polkaheaven.com. Zalokar added that younger fans are discovering the music thanks in part to newer bands, such as one that covers Pink Floyd tunes as polkas.

The genre might also take heart from what happened to rock 'n' roll.

The Academy, Portnow said, is careful to implement a category only after it has been established as viable, but it also doesn't want to miss the boat when it comes to new music. Such was the case with rock 'n' roll in the 1960s.

"Years ago the Academy was, not a secret, late in recognizing particularly the rock area coming out of the middle of the road times," he said.

"[In the] Rolling Stones versus Andy Williams scenario, the Rolling Stones were not in the mix," he said. "I think that as an organization we may have fallen behind, but that really hasn't happened in the recent past because we have a fantastic process here."

While honored to have his first clarinet featured in the new Grammy Museum, Sturr said he'd relish a chance to perform on the show and give a wider audience a taste of what his fans know from albums like "Polkapalooza" and "Sturr-It-Up."

"I'd love to have just 30 seconds on that show," he said. "Just to play so people can see that this is not your grandmother's kind of music."

All About Grammy Awards • Music Awards