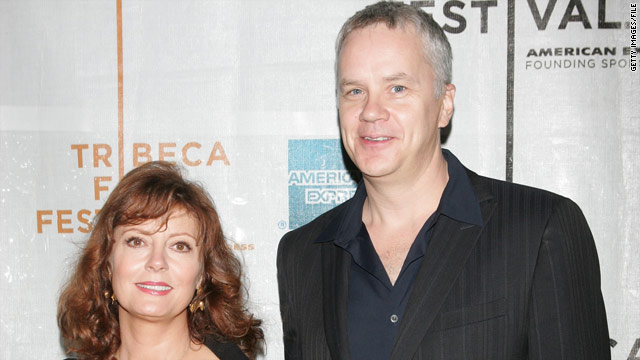 (PEOPLE.com) -- One of Hollywood's most enduring relationships has ended -- Susan Sarandon and Tim Robbins have broken up after more than two decades together, PEOPLE has learned.

"Actress Susan Sarandon and her partner of 23 years, actor Tim Robbins have announced that they separated over the summer," her rep Teal Cannaday told PEOPLE in a statement. "No further comments will be made."

Sarandon, 63, was previously married to Chris Sarandon, whom she met in college. The actress also dated director Franco Amurri in the mid '80s. The two had a daughter, Eva Amurri, in 1985. (Amurri is also an actress; she most recently appeared in Showtime's "Californication.")

Sarandon and Robbins, 51, were admired for their long relationship in the face of the pressures of show business, their much-discussed age difference -- he's 12 years younger -- and that they never married.

"I won't marry because I am too afraid of taking him for granted or him taking me for granted -- maybe it will be a good excuse for a party when I am 80," Sarandon has said in the past.

Both famous liberal activists, they have never been too political at home with their children.

"I've never tried to force [politics] on them," the actress told Psychologies magazine in its January issue, but adds that the election of President Barack Obama "got them excited."

The family all attended the inauguration in January, though Sarandon insists "our dinner table conversations are rarely political."