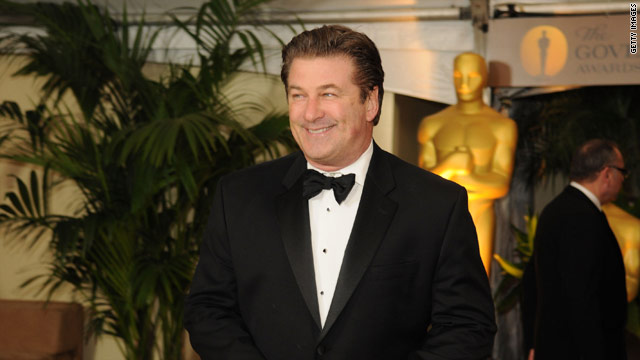 (CNN) -- He found the role that defined his career in the NBC sitcom, but "30 Rock" actor Alec Baldwin says he is prepared to leave the acting profession altogether in 2012.

The Emmy award winner told Men's Journal that he is calling it quits when his contract for the hit show expires in two years. "I don't have any interest in acting anymore," he said. "I'm not young, but I have time to do something else."

This isn't the first time Baldwin, 51, has grumbled over his intent to leave the industry.

In April 2007, following a media firestorm over a leaked voice mail message in which Baldwin called his 11-year-old daughter, Ireland, a "rude pig," the actor told talk show "The View": "If I never acted again, I couldn't care less." In June, Baldwin told Playboy magazine that he would retire at the "30 Rock" wrap party in 2012.

Baldwin, who won his second Emmy award for the NBC series this fall, also admitted to the magazine that he has been disappointed with his performance on the big screen, which doesn't bode well for the Christmas Day release of his latest film, "It's Complicated," with Meryl Streep and Steve Martin.

"I consider my entire movie career a complete failure. I'll tell you why. The goal of moviemaking is to star in a film where your performance drives the film, and the film is either a soaring critical or commercial success, and I never had that," Baldwin said.

Baldwin is set to co-host the Academy Awards in March with Martin.