LOS ANGELES, California (CNN) -- Elizabeth Taylor said Thursday that her heart surgery was successful, adding that "it was like having a brand new ticker." 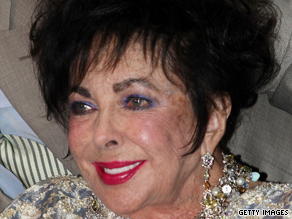 The message on her Twitter page comes two days after she announced she was having heart surgery at an undisclosed hospital to repair a leaky valve.

"Any prayers you happen to have lying around I would dearly appreciate," she said Tuesday.

In a message Thursday, the Oscar winner thanked fans.

"Dear Friends, My heart procedure went off perfectly," she posted. "Thank you for your prayers and good wishes. Know they all helped."

The 77-year-old did not go into further detail about her heart condition or the medical procedure.

Taylor was briefly hospitalized this summer for "scheduled testing" and checked out "sore, but intact," she said in an online message posted in July.

At the time, her publicist denied tabloid rumors that Taylor's hospitalization was caused by her grief over the sudden death of her close friend Michael Jackson.

Taylor, who uses a wheelchair because of scoliosis, or abnormal curving of the spine, regularly uses Twitter. The social networking Web site allows users to publish messages using 140 characters or less. Taylor posts on her account, DameElizabeth, which has over 165,000 followers.

The London-born movie star has won two Academy Awards for best actress for "Butterfield 8" in 1961 and "Who's Afraid of Virginia Woolf" in 1967.