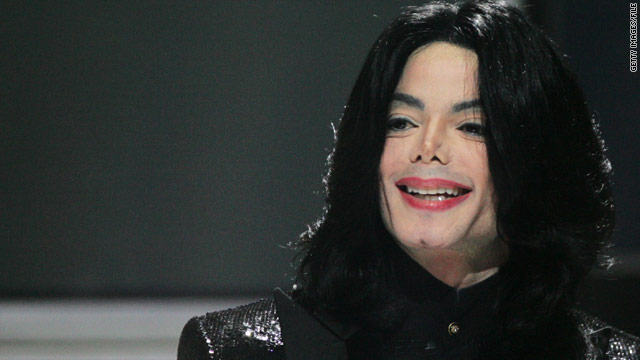 Los Angeles, California (CNN) -- The FBI released files it collected over the past 17 years on Michael Jackson on Tuesday, most of them from the federal agency's support of the California investigations of child molestation allegations against the entertainer.

Journalists began scouring the 333 heavily redacted pages -- published on the FBI's Web site -- for any new insight into Jackson's life and the investigations of him.

The FBI, noting that Jackson was acquitted of all charges, said the case files were made public after Freedom of Information Act requests filed after the pop star's June 25 death.

Los Angeles Police, who were investigating child molestation allegations against Jackson, called the FBI's Los Angeles office in September 1993 to suggest the agency look into a "possible federal violation against Jackson concerning transportation of a minor across state lines for immoral purposes (Mann Act)", one document said.

Assistant U.S. Attorney Patricia Donahue "advised that she checked with her front office and they had made the decision that the United States attorney was not interested in prosecuting Michael Jackson for a violation of the Mann Act," the report said.

Still, the FBI office decided it could offer support to the LAPD and Santa Barbara County Sheriff's investigation, it said.

That support included providing a driver and stenographer for California investigators who traveled to Manila in the Philippines to interview the couple who had managed Jackson's Neverland Ranch in Santa Barbara County from 1988 until 1990, it said.

The FBI file included several newspaper clippings reporting on the detectives' trip to interview Mariano Quindoy and his wife, Faye.

An FBI agent wrote that the detectives "said they felt they had been successful in their interviews."

The FBI also helped the police follow up on a lead in Ottawa, Canada, where they thought a social worker might have information about Jackson.

The woman told an FBI agent in a phone interview that during a cross-country train trip from Chicago, Illinois, to California she slept in a compartment adjoining one of four occupied by Jackson, "adult staff" and a boy who "was ID'd as Michael's 'cousin,'" the agent wrote.

The woman told the agent that at night she "heard questionable noises through wall," the notes said.

"She was concerned enough to notify the conductor of her suspicions," the agent wrote.

A notation at the end of the case file said it was closed in August 1994 as "No outstanding leads remain for the Los Angeles Office in this matter."

It said the Los Angeles prosecutor "was still in the process of deciding whether or not to file charges against Jackson."

The Los Angeles County district attorney did not pursue criminal charges against Jackson, but the singer did reach a confidential financial settlement with the 1993 accuser, Jordan Chandler, and his father after they filed a lawsuit. Reports at the time said the Chandlers got between $16 million and $20 million from Jackson's insurance company.

The Chandler accusation became a key part of the prosecution's case when Jackson was tried and acquitted of molestation a decade later in Santa Barbara County, California.

The FBI files from that case said the federal government gave forensic computer analysis assistance in the early months of 2004.

The FBI also considered a request by local police for security help at Jackson's 2004 trial because the "proceedings could represent a soft target for terrorism due to the worldwide media coverage the case is receiving," one FBI document said.

While there was "no intelligence indicating a threat of a terrorist act targeting this event," the report noted that "a known New Black Panther Party member" was seen in the crowd during Jackson's first court appearance in Santa Maria, California.

An FBI agent who traveled from Los Angeles to New York to interview him later reported that the alleged victim "advised agents that he had no interest in testifying against Jackson."

That case was closed soon after the interview.

The files also include notes from the FBI's investigation of a man who sent letters threatening to kill Jackson and President George H.W. Bush in 1992. The man pleaded guilty and was sent to a federal prison, the FBI said.