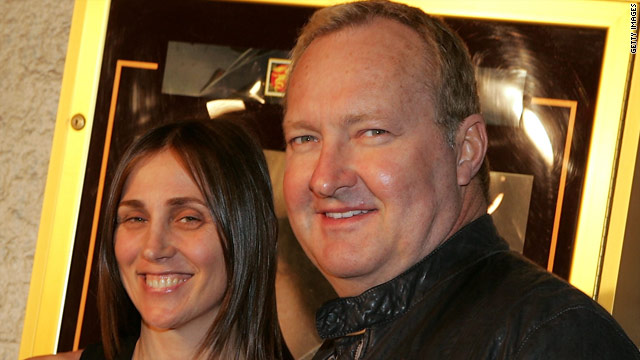 After posting bail for allegedly walking out on a $10,000 bill, the Quaids skipped yet another court date.
STORY HIGHLIGHTS
RELATED TOPICS

(PEOPLE) -- When they posted bond last month, it looked like Randy Quaid and his wife, Evi, would finally make it to a Santa Barbara courthouse to face felony charges related to allegedly skipping out on a $10,000 luxury hotel bill.

But their Dec. 15 court date came and went Tuesday with no sign of the quirky couple. When it became clear the Quaids weren't going to make it, the judge set new bail at $40,000 each and ordered arrest warrants to be issued.

The new bail requirement is on top of the $40,000 bond the Quaids posted last month, which they've now forfeited by not attending court.

"There was no discussion [with them] about why they didn't show," Santa Barbara Senior Deputy District Attorney Lee Carter told PEOPLE. "But now they are felony fugitives. They forfeited their bond. If the [bail bondsman] wants his money, they'll have to go and get it."

After the couple missed four previous voluntary court appearances, an arrest warrant went out for them, and the District Attorney's office was proceeding with extraditing the Quaids from Texas to California until bond was posted. The court is now preparing a new arrest warrant with the new bail conditions, and extradition proceedings will kick in again.

The pair were arrested in Marfa, Texas, on Sept. 24 after allegedly running out on a bill at the exclusive San Ysidro Ranch in Santa Barbara, Calif., last summer.

The Quaids could not be immediately reached for comment.