Victoria Principal to go into space 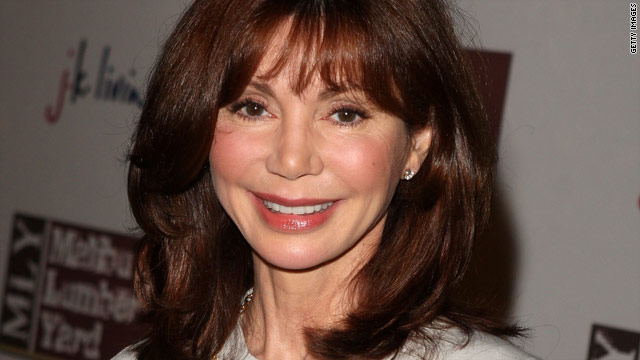 Former "Dallas" star Victoria Principal has signed up to take a ride in the world's first commercial passenger spacecraft, the VSS Enterprise, which was unveiled Monday in the Mojave Desert by space pioneers Sir Richard Branson and Burt Rutan.

"Going into space fulfills many desires I have of seeing the planet, going fast, going someplace very few people have been -- and hopefully coming back down!" Principal told PEOPLE.

The actress, who is also a skin-care magnate and an amateur race car driver, says space travel has always been her fantasy. She wrote a TV movie script 30 years ago about the first female astronaut, before there even was such a thing, and two of her favorite movies are "2001: A Space Odyssey" and "The Right Stuff."

At $200,000 per ticket, the Enterprise is the world's most expensive day trip. The two-pilot, six-passenger craft will be carried to the edge of space by a carrier plane, much like the space shuttle. Passengers will see the curvature of the planet and experience weightlessness.

Virgin Galactic, a company within Branson's Virgin Group, hopes to begin testing the craft early next year, with the first flights to begin in 2011.

Principal, 59, says she's frustrated that the first passengers will be chosen randomly, since she was the third person to buy a ticket -- and the first woman to sign up.

"I'm a passenger in something that is pioneering," Principal said. "This will become to our great-grandchildren what Wilbur and Orville Wright were to you and me."