Dubai is out, Croatia is in for celeb travel 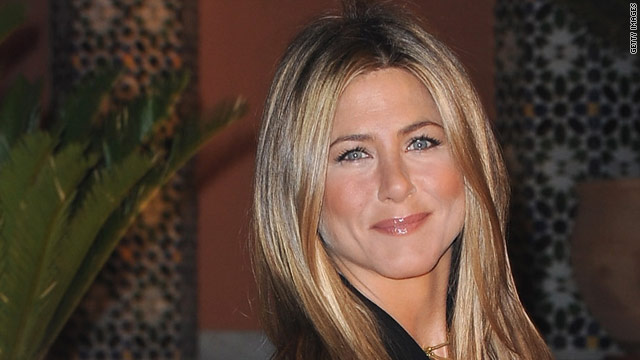 Jennifer Aniston was all smiles during a recent trip to Marrakesh, Morocco.
STORY HIGHLIGHTS
RELATED TOPICS

Not only were the Beckhams and Jolie-Pitts falling all over themselves to jet-set to the Persian Gulf, many were even investing in real estate there.

Well, until the government went public with their $80 million worth of financial woes.

Now that Dubai is donezo, where will the celebrities go to hide away from the unwashed masses? Morocco.

Just this past weekend, a bunch of A-listers jetted to Marrakesh to celebrate the opening of a Chopard boutique at the La Mamounia Hotel. Jennifer Aniston, Gwyneth Paltrow, Orlando Bloom, Salma Hayek, Miranda Kerr and Juliette Binoche were just a few of the guests in attendance. Could this signify a renaissance of the '60s bohemian hot spot? [Celebitchy]

Here are some "now" destinations where celebrities will be heading in 2010.

Croatia: The civil war is long over and celebs are rediscovering what tourists knew in the 1980s. Croatia -- on the Adriatic arm of the Mediterranean -- rivals other European seaside areas with beaches, sailing, and superb cuisine that's attracted superstars like Steven Spielberg, Andre Agassi, Gwyneth Paltrow, Robert De Niro, Clint Eastwood, and Sharon Stone.

Turks and Caicos: Funny name, amazing islands. Since the opening of a handful of luxury resorts in the '90s, this British West Indies 40-island archipelago has been working hard to make tourists forget about its shady past as a drug-smuggling hotbed. The exquisite beaches have called to Donna Karan, Barbra Streisand and Britney Spears.

The Frisky: Suri Cruise plays dress-up and people freak out!

Bora Bora: One of the 118 islands that make up French Polynesia, Bora Bora is making celebs skip Tahiti because of its coral gardens and lavish spas. "Couples Retreat" was filmed there if you need a visual. Janet Jackson, Pierce Brosnan, Drew Barrymore and Cameron Diaz can't all be wrong.

The Frisky: 10 celebs go unrecognized. Would you know who they are?

Kenya: Perfect weather, top-of-the-line accommodations, and scarcity of local media make this African country the perfect place to hide out. Bill Gates, Naomi Campbell, Serena and Venus Williams, and Oprah have all slipped under the radar here.

Whistler, British Columbia: Sure, we know celebs are oot and aboot every winter in Aspen, but this year folks like Sandra Bullock and Harrison Ford may be taking their expensive skis and snowboards to Whistler, BC. Oh yeah ... and the 2010 Winter Olympics will be there as well.