Could you become a celebrity stalker? 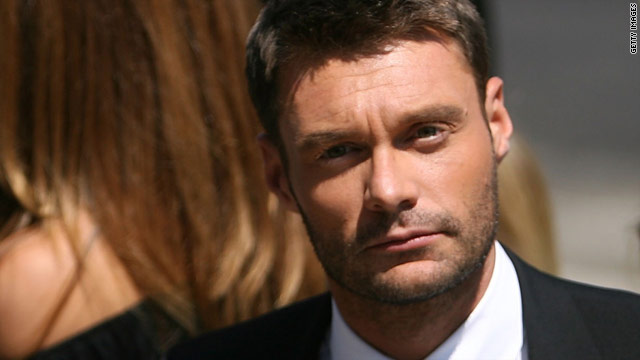 "American Idol's" Ryan Seacrest is one of the latest celebrities involved in a case of accused stalking by a fan.
STORY HIGHLIGHTS

(CNN) -- Think you would never go so far as to become obsessed with your favorite celebrity?

Often, the image of a celebrity stalker is a mentally ill loner, someone whose sole purpose in life is devoted to the notables they follow like deities -- or prey.

But some experts believe a celebrity stalker may be someone just like you.

Several years ago, author and fame psychology expert James Houran was part of a team that studied celebrity worship.

The belief at the outset, he said, was that stalkers were a group distinct from typical fans.

Instead, what the team found was that celebrity worship forms a continuum that "starts off with very benign forms, but then it gradually takes on more dysfunctional behaviors," Houran said.

"That's good news and bad news," said Houran, whose research led to development of the "Celebrity Attitude Scale," a metric for celebrity worship. "That means that stalkers probably don't start off that way."

"The bad news is that means there's a stalker in all of us, and given the right set of circumstances, virtually anybody can be pushed to be a celebrity stalker, or at least someone that obsesses about celebrities to the point that it interferes with our daily life."

This week, Chidi Benjamin Uzomah Jr., 25, made headlines when he was arraigned on charges of felony stalking and attempted disobeying of a court order in a case involving radio and "American Idol" host Ryan Seacrest. Uzomah pleaded not guilty to the stalking charge.

The 25-year-old was arrested last week at the E! building in Los Angeles, California, where Seacrest tapes a daily TV show.

Uzomah pleaded guilty in September to attacking Seacrest's security guard outside an Orange County hospital and was ordered to stay away from the star.

Alleged stalkers of Justin Timberlake and Miley Cyrus have also recently been in court. The pair join a long list of celebs including Jodie Foster, David Letterman, Madonna and Brad Pitt who have been tracked by obsessed fans.

One famous -- and tragic -- case involved "My Sister Sam" star Rebecca Schaeffer, who in 1989 was murdered by her stalker after he used the Department of Motor Vehicles to track the actress down.

Experts say these days it is even easier for fans to delve into the lives of celebrities and to become stalkers.

"Celebrity worship, in general, is on the rise," said Cooper Lawrence, author of "The Cult of Celebrity: What Our Fascination with the Stars Reveals about Us."

"The reason why now more than ever is because we have more access to information with the Internet, and anything you ever wanted to know about a celebrity you don't have to wait for a weekly magazine to come out." Worried about your online privacy?

In fact, she added, nowadays celebrities appear to communicate in practically real time to fans, a far cry from the days of autographed photographs sent by mail in self-addressed envelopes.

"On their Twitter page, they are talking directly to you and telling you what they are doing," Lawrence said. "I think this immediacy really fuels the people that are a little more vulnerable."

Celebrities...in order to maintain their fan base, have to be more personally revealing
--Reid Meloy, forensic psychologist
RELATED TOPICS

While fan adoration comes with the territory of being a celebrity, there are some admirers who cross the line to the point of becoming annoyances -- and sometimes dangerous -- to their favorite stars.

"Quite a few celebrities have had to deal with this," said Michael Smith, a former Atlanta, Georgia, police officer who has served as a security coordinator for several hundred films, commercials and videos since 1980. "Any time there is a person of notoriety, sometimes there are troubled people out there who get attached."

There is a line between a devoted fan and a hardcore stalker, said Reid Meloy, a forensic psychologist. Meloy was involved in the case of Dante Soiu, who was convicted of stalking actress Gwyneth Paltrow.

A stalker, unlike a devoted fan, entertains bizarre beliefs about the star, develops a pathological fixation and pursues the person in a way that often brings them to the attention of security personnel, Meloy said.

Meloy, who said a number of celebrity stalkers tend to be psychotic, believes the obsession isn't helped by the current tabloid culture.

"Celebrities, in a sense, in order to maintain their fan base, have to be more personally revealing," Meloy said, adding that the release of such information can fuel a stalker's fantasy.

But Lindsay Powers, managing editor of the Web site for the entertainment show "Extra," disputed the correlation between increased coverage of celebrities and stalking.

"I don't know if it's all tabloid culture," she said. "Through time, powerful people have always attracted attention that is less than desirable."

Rather, Powers said, stalking has gotten more high-tech given the flood of information available. Stars can't avoid talking about themselves because marketing themselves and their projects is part of their jobs, she said.

"Part of being a celebrity is that you talk about your life, you give interviews to the magazines and to TV shows," Powers said. "You put yourself out there so people do feel like they know you a little bit more."

Stars have to try to balance the notion of staying relevant and getting press with releasing too much personal information, Houran said.

"The more a celebrity discloses about themselves, the more they make a fan think they know them in a way that they really don't," Houran said.

Attorney Darryl Cohen has represented a few celebrities who have been victims of stalkers. His clients, who requested that he not identify them by name, were constantly harassed, he said.

One case involved an Atlanta-based music group whose female stalker showed up at events, tracked down their phone numbers, visited two members' homes and even called their manager.

Cohen said he has been stalked by a woman desiring to break into the music industry.

"It's hard to say what's the difference between a 'stalker' and a fan who really wants to know you or go out with you," Cohen said. "Sometimes a fine line is crossed, but you don't know where it is."