Travolta: Defendants threatened to blame me for son's death

NASSAU, Bahamas (CNN) -- John Travolta testified Wednesday that would-be extortionists threatened to go the media with stories implying "the death of my son was intentional and I was culpable somehow." 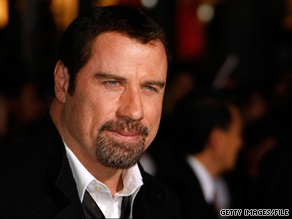 Travolta testified for the second time in a case against paramedic Tarino Lightbourne and former Bahamian Sen. Pleasant Bridgewater. The defendants are on trial, accused of plotting to extort $25 million from Travolta after 16-year-old Jett Travolta died from a seizure in the Bahamas in January.

Travolta and his wife, actress Kelly Preston, entered the downtown Nassau courthouse Wednesday morning surrounded by security personnel. The actor took the stand appearing nervous, and he took a long, deep breath before beginning his testimony.

Travolta told the court a longtime employee of his became upset after learning someone was demanding money of the actor in the wake of his son's death. The employee learned through the family attorney, Travolta said, that it was "in regards to a paper I signed in the Bahamas."

In earlier testimony, one of Travolta's lawyers, Allyson Maynard-Gibson, said Bridgewater approached her in the days after the January 2 death of Jett, saying she had a legal client who had a document Travolta might want. Bridgewater gave her copies of the papers, which included ambulance dispatch reports and a paper signed by Travolta releasing the ambulance company from legal liability, Maynard-Gibson testified.

Bridgewater told Travolta's lawyer that her client believed the documents could suggest that Travolta was negligent by wanting to take his unresponsive son to his private jet for a flight to a Florida hospital, instead of going directly to a local hospital, she said.

In testimony last week, Travolta said a nanny found Jett unresponsive at the home on the island of Grand Bahamas, where the family was spending their New Year's holiday.

"I received a liability of release document. I signed it. I did not read it. Time was of the essence," Travolta testified last week.

Travolta said that while he and his wife were riding in the ambulance with their son, they decided to divert to the hospital. At the hospital, Travolta was told his son "wasn't alive," he said.

On Wednesday, Travolta testified that he learned of a demand for $25 million or "stories connected to that document would be sold to the press."

"The stories would imply the death of my son was intentional and I was culpable somehow," Travolta said.

An attorney representing Bridgewater and Lightbourne asked Travolta if the defendants ever contacted or threatened him directly. Travolta said they did not, that he heard specifics about the situation through his attorneys.

Travolta's testimony lasted only a short time. He was excused and is not expected to return to the witness stand.

One of the actor's attorneys, Michael McDermott, took the witness stand Wednesday afternoon and began testimony about a videotaped meeting between him and one of the defendants.

The video is expected to be played Thursday for the jury.