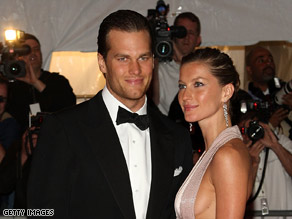 The couple wed at a Catholic church in Santa Monica, California, in front of mostly immediate family members, the entertainment magazine reported.

Bundchen, 28, is the highest-paid model in the world, the business Web site Forbes.com reported last year.