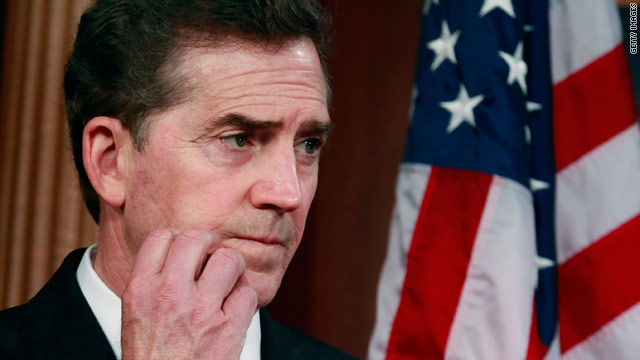 Washington (CNN) -- A handful of Republican senators have proposed a constitutional amendment to limit how long a person may serve in Congress.

Currently, there are no term limits for federal lawmakers, but Sen. Jim DeMint, R-South Carolina, and several of his colleagues are advocating that service in the Senate be limited to 12 years, while lawmakers would only be allowed to serve six years in the House.

"Americans know real change in Washington will never happen until we end the era of permanent politicians," DeMint said in a statement released by his office. "As long as members have the chance to spend their lives in Washington, their interests will always skew toward spending taxpayer dollars to buyoff special interests, covering over corruption in the bureaucracy, fundraising, relationship building among lobbyists, and trading favors for pork -- in short, amassing their own power."

Two-thirds of the House and Senate would need to approve the amendment -- a stumbling block that short-circuited the idea 14 years ago. The new proposal echoes the Citizen Legislature Act, part of the original Contract with America proposed by Republicans before they won control of Congress in 1994.

That measure, which would have allowed both senators and members of the House to serve just 12 years, won a majority in the Republican-controlled House in 1995, but failed because it did not meet the constitutionally-required two-thirds threshold.

"There is no question there are big obstacles in the way," said Philip Blumel, president of U.S. Term Limits, a nonpartisan organization that advocates putting time restrictions in place. "It is difficult to pass a constitutional amendment, however the goal is worthwhile and it is very important to the country. Also, if not now, when?"

This time around, proponents are not calling on lawmakers who believe in the idea to place a self-imposed term limit on themselves.

"If you are asking people to self-limit, what might happen -- and what did happen -- is that honorable politicians who made the pledge left office," while others did not, Blumel said. "The answer to the term-limit supporter is not self-limiting. It is the body as a whole."

DeMint, who is currently serving his first six-year term in the Senate, echoed Blumel's rationale for dismissing self-imposed term limits.

"I want to be clear: demanding that reformers adopt self-imposed term limits is a recipe for self-defeat on this issue," DeMint said in Tuesday's statement. "We lost the battle for term limits after the 1994 Republican Contract with America because we forced our best advocates for reform to go home, while the big-spending career politicians waited them out. We must have term limits for all or term limits will never succeed. Only when we apply the same rules to all will we be able to enact vital bipartisan reforms."

One of the original co-sponsors of the amendment is Sen. Kay Bailey Hutchison, R-Texas, who is serving her third term in the Senate, but is expected to resign her seat to focus on a gubernatorial bid.

A spokesman for Hutchison said it is easy to square the fact that the Texas Republican is advocating a cap of two terms, even though she is currently in the middle of her third term.

"Throughout her career she has fought for term limits and continues to do so, and that is why she is co-sponsoring this bill," said Hutchison spokesman Jeff Sadosky. "But until it is passed, it would do a disservice to Texas and the people of Texas to do away with the seniority she has gained, unless all the states and all of the senators hold themselves to the same standard."

The two other original co-sponsors of the amendment are Sen. Tom Coburn, R-Oklahoma, and Sen. Sam Brownback, R-Kansas. Coburn, a first-term senator, is up for re-election to his second term in 2010, while Brownback is retiring next year after pledging to serve only two full terms in the Senate. As congressmen, both voted in favor of the GOP's Contract with America term limit proposal in 1995. Coburn, a longtime term-limits supporter, retired from the House in 2000 after serving three terms, based on that pledge.