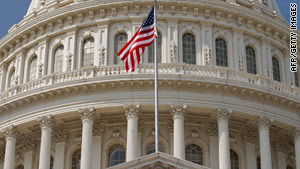 Washington (CNN) -- Where does the battle for health care reform go from here? More importantly, what does it mean for you?

Democrats made history over the weekend when the House of Representatives approved the biggest expansion of medical coverage since Medicare was enacted over four decades ago.

President Obama now stands closer to realizing the Democratic dream of universal coverage than any of his White House predecessors since Harry Truman after World War II.

But top Democrats know that it is far too early to celebrate. The road to final passage of health care legislation is still long and bumpy.

The more conservative Senate -- where it is much easier for the GOP minority to stifle the will of the Democratic majority -- has yet to pass its own version of a health care bill. Senate Majority Leader Harry Reid of Nevada last week signaled uncertainty over whether that will happen this year.

If the Senate manages to pass a bill, a congressional conference committee will need to merge the House and Senate proposals into a consensus version requiring final approval from each chamber before moving to Obama's desk to be signed into law.

That said, Democratic leaders in the House and Senate have already reached agreement on a broad range of changes that could impact every American's coverage.

They have also agreed to create health insurance exchanges designed to make it easier for small businesses, self-employed and the unemployed to pool resources and purchase less expensive coverage. Both the House plan and a plan approved by the Senate Finance Committee would limit total out-of-pocket expenses and prevent insurance companies from denying coverage for pre-existing conditions.

Insurers would also be barred from charging higher premiums based on a person's gender or medical history.

Democratic leaders in both chambers agree on establishing non-profit health care cooperatives and stripping insurance companies of an anti-trust exemption that has been in place since the end of World War II.

What are the major differences?

For starters, the House bill is more expansive -- and hence expensive -- than the Senate Finance Committee bill. The House bill, projected to guarantee coverage for 96 percent of Americans, will cost more than $1 trillion over the next 10 years, according to the non-partisan Congressional Budget Office.

The Senate Finance Committee bill, estimated to cover 94 percent of Americans, comes with a smaller $829 billion price tag, according to the CBO.

The Finance Committee measure also trims entitlement programs such as Medicare and Medicaid. It does not include a tax surcharge on the wealthy, however. It would instead impose a new tax on so-called "Cadillac" health plans valued at more than $8,000 for individuals and $21,000 for families.

Proponents of the tax on high-end plans argue it's one of the most effective ways to curb medical inflation. A large number of House Democrats are adamantly opposed to taxing such policies, arguing that such a move would hurt union members who traded higher salaries for more generous benefits.

Another key sticking point: the dispute over a government-run public option. The House plan includes a public option, while the Senate Finance Committee plan does not. Reid has pledged to add a version of the public option to the Senate measure, but would give individual states until 2014 to decide whether they want to opt out.

Employers also face a much stricter mandate under the House legislation, which would require companies with a payroll of more than $500,000 to provide insurance or pay a penalty of up to 8 percent of their payroll.

The Finance Committee bill would require companies with more than 50 employees to pay a fee of up to $750 per worker if its employees rely on government subsidies to purchase coverage.

Abortion also promises to remain a major obstacle for both chambers. A late compromise with Catholic and other conservatives in the House led to the adoption of an amendment banning most abortion coverage from the public option.

It would also prohibit abortion coverage in private policies available in the exchange to people receiving federal subsidies.

Colorado Rep. Diana DeGette and New York Rep. Louise M. Slaughter, co-chairs of the Congressional Pro-Choice Caucus, released a letter Monday signed by over 40 House members pledging to vote against final passage of the bill if the current language in the House bill is not changed.

Both DeGette and Slaughter voted to approve the House bill Saturday night despite its strengthened abortion restrictions.