Editor's note: Aaron David Miller is a Public Policy Scholar at the Woodrow Wilson International Center for Scholars. He served as a Middle East negotiator in Democratic and Republican administrations. His new book "Can America Have Another Great President?" will be published by Bantam Books. 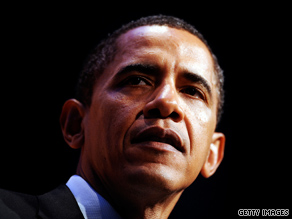 Aaron David Miller says the Nobel Peace Prize for President Obama was "seriously out of whack."

(CNN) -- Maybe I'm just old-fashioned or just plain old, but when I awoke this morning to news that Barack Obama had been selected to receive the Nobel Peace Prize, something didn't feel right.

Having worked for six secretaries of state and four presidents and watched them struggle with a cruel and unforgiving world, sometimes succeeding, sometimes not, it occurred to me that today's announcement was seriously out of whack.

A young president, barely in the 10th month of his first year in office, is receiving an internationally sanctioned peace prize when the vast majority of his predecessors, some of whom actually achieved extraordinary success in foreign policy (Richard Nixon and George H.W. Bush), did not.

Teddy Roosevelt, who was the first American president to receive a Nobel in 1906, actually brokered a Russo-Japanese treaty; Woodrow Wilson, whose search for a League of Nations got him the prize in 1919, probably accelerated his later stroke and death in a heroic effort to realize his dream. Even Jimmy Carter, who eventually got his prize in 2002, didn't get it when it was warranted in 1979 for brokering an Israeli-Egyptian peace treaty.

What was happening here? Was this the Nobel committee's down payment, in an effort to encourage the president to actually achieve something in foreign policy?

Was it a not-so-subtle slap-down of the Bush administration's war presidency in favor of the Obama administration's "we can fix things and be loved by the world" strategy? Or was I just missing something? Had the president's accomplishments merited the award?

There's no doubt that the Obama administration has begun to create a better image for America abroad. When you're in a hole, the adage goes, at least stop digging. The administration and the president personally have worked hard on this.

Obama is the Energizer Bunny of American foreign policy, even overshadowing a very talented secretary of state. He's everywhere, in Cairo making nice to the Arabs and Muslims; in Buchenwald and Normandy wrapping himself (quite appropriately for a president) in history; at the G8 and G20 massaging the allies; negotiating arms control with the Russians; and trying to get the Iranians off of a nuclear weapons program.

All of this is good and may prove consequential. But it is hardly determinative, particularly in a world in which diplomatic achievement will be extremely difficult to attain. To pronounce and hail the president as a peacemaker based on process, effort and a change of tone is a stretch.

Maybe Obama will emerge as a consequential foreign policy president. But raising the bar on his accomplishments now actually lowers it for all of us, diminishes what he's actually accomplished and undermines the concept of excellence.

The award says more about the world's love affair with Barack Obama and its collective sigh of relief that George W. Bush is gone than it does about the president's substantive foreign policy accomplishments. And in the end, America doesn't want to be loved by the world; we want to be admired and respected, and that will depend not on celebrity, process or celebration that the Democrats are back in office, but on real foreign policy accomplishments.

The opinions expressed in this commentary are solely those of Aaron David Miller.