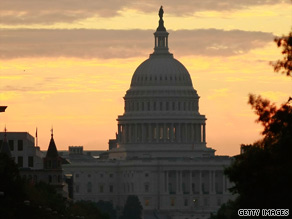 On Wednesday, the nonpartisan Congressional Budget Office estimated that the amended version of the legislation would cost $829 billion over the next 10 years.

It would also reduce the deficit by more than $80 billion, the office concluded.

The Finance Committee is the last of five congressional panels to consider health care legislation before debate begins in the full House and Senate. Committee members were waiting for the budget office's cost analysis before voting on their version of the bill.

Sen. Olympia Snowe, R-Maine, who sits on the committee, said Wednesday night she must "thoroughly review and evaluate this analysis before deciding how to proceed."

The measure was initially drafted by Finance Committee Chairman Max Baucus, D-Montana, after months of negotiations with five other panel members -- three Republicans and two Democrats. It represents the only proposal so far with the potential to attract any Republican support.

Over the past two weeks, the Finance Committee has considered several hundred amendments to the sweeping bill. Committee members boosted the bill's overall price tag in part by voting to exempt senior citizens from higher taxes on medical expenses.

Before the amendments, the Budget Office projected that the committee's version of the bill would cost $774 billion; Baucus estimated that it would cost $856 billion.

None of the Republicans in what was dubbed the "Gang of Six," however, has backed the proposal so far.

The bill is the only proposal being seriously considered that would cost less than $1 trillion over the next decade, according to the Budget Office.

After the Senate Finance Committee votes on its bill, the Democratic leadership in each chamber will meld the various panels' proposals for floor debate in coming weeks.

Obama and Democratic leaders, aware of a rockier political climate because of midterm congressional elections in 2010, insist a bill must pass this year to address spiraling health care costs that are threatening economic stability.

Republicans say they accept the need to reform aspects of the health care system, but oppose the overhaul proposed by Democrats as too comprehensive and costly.

In the House, Democratic leaders have been meeting to try to merge the three versions passed out of House committees while bringing down the overall cost by $200 billion. House Speaker Nancy Pelosi, D-California, has said she expects a final version for consideration by the full chamber soon, but has not provided a specific timetable.

With questionable prospects for any Republican support, the Democratic leadership wants to bring liberals, progressives and conservatives in the party together to use its majority in both chambers to pass a bill this year.

In the Senate, Reid needs 60 votes to overcome a possible Republican filibuster. There are 60 seats in the Democratic Senate caucus, but some independents or moderates are unlikely to support a public option or some of the most costly reforms.