WASHINGTON (CNN) -- President Obama's decision to head to Copenhagen, Denmark, later this week to make a push to bring the 2016 Olympic Games to Chicago is not without political controversy. 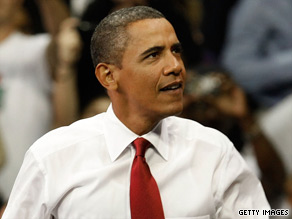 President Obama plans to make a personal pitch to bring the 2016 Olympics to his hometown.

Critics say Obama is making a risky move, since key issues -- ranging from Iran's nuclear ambitions and health care reform in Congress to deteriorating conditions in Afghanistan -- are pressing on the administration.

"I think it's baffling that the president has time to travel to Copenhagen," said Sen. Kit Bond, R-Missouri. "[Obama's] got a lot of responsibilities. His number one responsibility is to keep our country safe."

"I think at a time of war, I think at a time of recession, at a time where Americans have expressed rather significantly their concerns and frustrations over the course of the spring and summer ... this trip, while nice, is not necessary for the president," Steele said in a conference call with reporters Tuesday.

Chicago is vying for the Summer Games against Madrid, Spain; Tokyo, Japan; and Rio de Janeiro, Brazil. Leaders from Brazil, Spain and Japan are expected to also make in-person pitches. The International Olympic Committee will vote on the host city Friday in Copenhagen.

It will be the first time an American president attends an IOC vote.

Bond said that the issue of Afghanistan and whether to send more troops there should take precedence over the Olympic bid.

Dave Zirin, a contributor to The Nation magazine, said that while the Obamas should be standing with their city, it was unlikely the first couple would be making the trip if Chicago wasn't being considered.

"Amid a roiling national debate on health care, President Obama will be there to join [the first lady]. Would he be risking presidential prestige if Chicago wasn't going to get its place at the Olympic trough? Not very likely," Zirin recently wrote on the liberal blog, The Huffington Post.

But senior White House adviser Valerie Jarrett, who also heads to Copenhagen this week, rejected the notion that the president is risking political capital.

"Absolutely not. The president is a competitive spirit. He's very interested in promoting Chicago. ... He's not thinking about the political calculus," she said. "He's thinking what's best for the American people."

"Obviously any Olympics showcases the country that those Olympics are in and there's a tangible economic benefit to those games being here. And the president wants to help out America's bid."

Chicago Mayor Richard Daley, a Democrat, believes the benefits to Chicago's economy from hosting the 2016 Olympic games "will be great and the risk to taxpayers low."

When asked if her husband was risking political capital if their bid should fail, the first lady said that it's the country's bid -- not her husband's. Read more about what Michelle Obama says about the trip

While Bond and other Obama foes criticized the president's trip to Copenhagen, the president got support from an unlikely ally.

"I think his presence makes it almost certain that Chicago will win the bid," he added.

Romney is no stranger to Olympic negotiations. In 2002, Romney was in charge of the Salt Lake City, Utah, Winter Olympics.

Romney said he believes that while the president may risk some political capital, the trip is in the country's best interest.

The lobbying effort to bring the games to Chicago, meanwhile, isn't coming just from the president.

Michelle Obama vowed Monday to "take no prisoners" as she and her husband work to promote Chicago's 2016 Olympic bid, comparing the intense lobbying effort to the 2008 presidential campaign.

"It's a battle -- we're going to win -- take no prisoners," she said, noting that in the campaign a lot of voters made their decision in the final days, and members of the IOC may do the same.

Jarrett said the Obamas will be a powerful one-two punch.

"What a dynamic duo they will be. I think it will be high impact," she said. "I think their presentation will be both very personal, given that they know and love Chicago so well, and I also think it will talk about the Olympic spirit and the Olympic movement and why we think that Chicago really is the prefect place to host the Olympic and Paralympic games."