(CNN) -- The social networking site Facebook on Monday pulled a third-party application that allows users to create polls after a site member built a poll asking if President Obama should be killed. 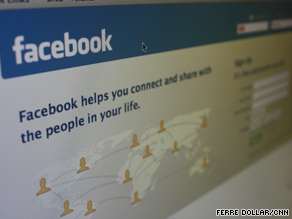 The U.S. Secret Service, the agency assigned to protect the president, has launched an investigation, agency spokesman James Mackin said.

"As is usually the case, our vigilant users reported it to us first," Facebook spokesman Barry Schnitt told CNN. "The USSS [Secret Service] sent us an e-mail late this morning PDT asking us to take it down. At that point, it had already been removed, and we let them know."

Schnitt said the application "was immediately suspended while the inappropriate content could be removed by the developer and until such time as the developer institutes better procedures to monitor their user-generated content."

Facebook allows third-party developers to create applications -- such as polls and quizzes -- which are then made available to Facebook users, who use the applications to create specific content. Users may choose to make their content available to the general population of Facebook or limit it only to their friends.

In this case, Schnitt said, the user made the poll asking whether Obama should be killed available to the general public.

The possible responses to the poll were "yes," "maybe," "if he cuts my health care" and "no."

Schnitt said the poll "appears to have been posted over the weekend."