Editor's note: Drew Westen is professor of psychology and psychiatry at Emory University, founder of Westen Strategies and author of "The Political Brain: The Role of Emotion in Deciding the Fate of the Nation." He has been a consultant or adviser to several candidates, nonprofit organizations and Fortune 500 companies, and informally advised Barack Obama's presidential campaign. 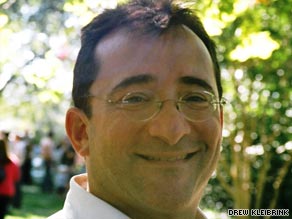 ATLANTA, Georgia (CNN) -- One of the themes of the Sunday talk shows this week -- ironically, as they nearly all featured President Obama -- was whether the president is "overexposed," particularly on health care.

In one sense, the question is a reasonable one: After months of letting himself and his yet-unformed plan for health reform get pummeled away with virtually no response until both he and the plan that didn't really exist yet had taken a battering in the polls, the president finally matched his summer of underexposure with two weeks out of the darkroom with a newly developed plan.

From a strictly psychological standpoint, an essential feature of "selling" a product, whether a newly restructured General Motors or a newly redesigned health reform plan, is repetition, and the president and his representatives need to repeat its most compelling features -- particularly its ban on "pre-existing conditions" and the insurance company practice of dropping people who paid their premiums for years once they got sick -- in just the way the president is now doing.

Obama is his own best spokesman. At this point, even his usual best surrogate, the affable, funny and comfortable-in-his-own-skin press secretary, Robert Gibbs, is starting to sound uncharacteristically defensive at times because only the president can answer some very real questions: Why is he supporting a plan that will tax away, and likely eliminate, the best plans currently offered by employers to middle class and working Americans who either choose to (and can afford to) buy them or have unions that negotiated them, often in place of salary increases?

How, exactly, is he going to cut billions in fat from Medicare without accidentally cutting to the bone? (Fiscal liposuction sounds like a great idea until it sucks away an essential organ or two.)

Why is he apparently seriously considering imposing the kind of poorly subsidized mandate proposed by the Senate Finance Committee (whose bill he repeatedly lauds) on families with average or below-average incomes when they are already struggling to pay the 5 percent increase health insurance companies imposed on them in just the last year alone?

And why is he asking so little (other than to take gurneys full of cash from 40 million to 50 million new mandated customers) from health insurance and pharmaceutical companies -- or, for that matter, from the 1 percent of the country (the wealthiest Americans) who have just seen their largest windfall in a century over the last decade?

But if there's one aspect of the president that remains underexposed, it's what the first President Bush called "that vision thing." Americans know he wants health care reform, they know he wants to do something about energy, and they know that he's spent a lot of taxpayer money on a stimulus package that seems to have pulled us back from the brink -- at least those of us who have a job.

But that doesn't add up to a set of values, a belief system or a vision of what America can or should be, like the visions offered by the two presidents who most reshaped the political landscape in the last century, Franklin Roosevelt and Ronald Reagan. For both men, central to that vision was a vision of government.

Roosevelt told a frightened, destitute nation that unregulated greed is neither good policy nor good ethics, and that if we don't hang together, we'll hang separately. He demonstrated that government could put people to work to create roads, bridges and rural electricity and could restart an economy with a dead battery.

He demonstrated that government could protect seniors from the poverty that befell most of them in their final years by creating Social Security. His vision remained the dominant vision in American politics until Reagan told a nation weary of taxes, social programs and decaying legacies of the New Deal that seemed to lumber on without revision (with, to be fair, a twist of racially charged rhetoric about "welfare queens" and Cadillacs) that government is the problem, not the solution. His vision of small government and low taxes remains the dominant vision today.

Obama needs to decide whether he wants to advance a new vision of the role of government or tacitly to uphold the Reagan legacy, the same way Republican presidents such as Eisenhower and Nixon tinkered around the edges of the New Deal but never questioned its premises. (It was Nixon who created the Environmental Protection Agency and imposed wage and price controls to put a lid on inflation.)

In his speech on health care to a joint session of Congress, Obama finally broached the topic, if tentatively, through the words of Sen. Ted Kennedy, but if his own vision is underexposed, it appears to be because it's underdeveloped.

Despite charges from the right that he is a socialist (or at the very least a big-government Democrat), Sunday on "Meet the Press," he inadvertently made clear that he may be more the heir to Reagan than to FDR in response to a question about why the health care debate has become so heated: "But I think you actually put your finger on what this argument's really about. And it's an argument that's gone on for the history of this republic. And that is, 'What's the right role of government? How do we balance freedom with our need to look after one another?' "

Roosevelt would never have accepted the contrast between "freedom" and "our need to look after one another." He was the nation's most eloquent -- and most effective -- advocate of the view that we can't have one without the other. FDR argued that "freedom from want" and "freedom from fear" are not only the birthright of every American but require a government that is strong and efficient, not weak or inefficient. He argued that unfettered markets are not free markets, and that unregulated greed is neither good ethics nor good social policy.

It is a year since the stock market crash of 2008 and the beginning of the Great Recession. If many Americans are wondering why they remain as vulnerable today as they were a year ago -- or why the president is so ready to give up the idea, central to his campaign, that the best way to inject some real competition into the health insurance industry is to make it compete with at least one plan it doesn't control -- the answer may lie in what remains underexposed about Obama: his vision of government.

All About Barack Obama • Ronald Reagan