By Al Vivian
Special to CNN

Editor's Note: Al Vivian is the president and CEO of BASIC Diversity Inc., a 35-year-old consultancy that specializes in diminishing cross-cultural biases. He has worked with clients such as Coca-Cola, Ford, Kroger, McDonald's, the National Security Agency and CNN. He is also an adviser to the U.S. Army for diversity and cultural affairs. 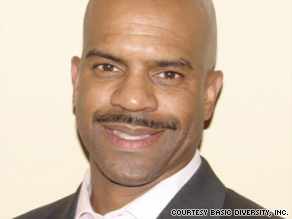 ATLANTA, Georgia (CNN) -- As an independent moderate, it never ceases to amaze me how political loyalists contradict themselves and flip-flop on social issues. Both parties regularly engage in this practice; but rarely are they challenged or called out for it.

Let's look at the most recent case, the arrest of Harvard professor Henry Louis Gates Jr. It has been more than three weeks since this incident, which was the first story big enough to knock Michael Jackson's death out of the headlines, while simultaneously sidelining President Obama's health care agenda; all resulting in massive media coverage and even a "Beer Summit."

But within all that time and coverage, there is still one question that is yet to be asked: Why didn't the conservatives support professor Gates?

As practically every conservative on the Judiciary Committee so passionately spoke of at length during the Sonia Sotomayor confirmation hearings, legal matters should be decided on the facts alone and not on personal opinions or empathy.

Think about it. If this truly were a post-racial America, as so many of my conservative friends tell me, then wouldn't Rush Limbaugh, Sean Hannity, Glenn Beck, Bill O'Reilly and the likes have flooded the airwaves in support of professor Gates?

After all, don't their firmly stated beliefs force them to align with Gates? Aren't conservatives the ones who are always railing against "government intrusion" and "excessive use of government power"?

Here you have a government official intruding on a man's personal property, denying his constitutional right (freedom of speech) and abusing government power by arresting him when he refuses to back down in his home.

Now don't get me wrong, Gates was no choirboy here. His attitude definitely heightened the situation; however, he was at home and a man's house is his castle. He's entitled to speak his own mind. And while it may be unwise to raise your voice at a law-enforcement officer, at home or anywhere else, it is not illegal.

Crowley, on the other hand, was not at home. He was at work, performing a job that requires him to follow the law. Further, he has been trained to use sound judgment and to keep the peace as often as possible. Yet he chose instead to not be a peacekeeper, but a tension increaser.

Because Crowley did not initially intrude on Gates' house but entered with valid probable cause to perform the functions of his job, you might feel that the use of the term "government intrusion" is extreme. And you would be correct, except for the fact that once Gates proved it was his house, Crowley should have utilized his training, reversed course and left the house. But he chose not to.

At that moment, Crowley's presence was no longer wanted nor needed in that house. And according to law enforcement definitions, anyone who is in your home, against your will, without cause or consent, is categorized as an intruder. Thus at that moment, Crowley became a "government intruder."

I've heard varying opinions on this case from multiple perspectives: black, white; conservative, liberal; male, female. Most common among them, "... well, it would have all been over quickly had Gates not gotten upset..." or "He (Gates) should have been happy the officer came there in the first place to try to protect him and his property ..."

Let's put aside our opinions and empathy and deal specifically with the facts. And the facts in this case clearly support Gates:

1. He was in his own home.
2. He showed two pieces of identification proving that it was his home.
3. He was not physically threatening to the officer.
4. He had broken no law.

But yet he was arrested. That arrest, seeing that there was no just cause for it, equals "abuse of government power" and possibly the only illegal act in the entire incident. Proof of this illegality was the Cambridge Police Department dropping the charges.

As a diversity consultant, I have gotten pretty good at putting myself in other people's shoes. And because I've worked with law enforcement agencies on these exact issues, I have learned to understand their perspective. If I were in Crowley's position and Gates allegedly said something about my mama, I would probably have been just as tempted to get him out of the house and into some handcuffs.

I also do not see Crowley as a "rogue cop" bent on ill intent; but I wasn't there. And in Crowley's defense, his actions after the incident cause me to lean in a more positive direction towards him.

Unlike Justin Barrett, the Boston police officer who sent out a racist e-mail calling Gates a "jungle monkey" and then appeared with an attorney to seek forgiveness, Crowley's actions, for the most part, appear to be forthright, open and reasonable.

He has given full-length interviews without an attorney present and without dodging questions.

The one good thing about all this is that a spotlight has been put on the whole issue of racial profiling. And for the first time in our nation's history, the two people with the authority to have long-term impact at the federal level, the attorney general and the president, can relate. This might end up being that situation where, to paraphrase Sotomayor, a wise African-American with that kind of experience would make a more intelligent decision than the White males who preceded them.

Back to my original question, "Why aren't the conservatives supporting professor Gates?"

You be the judge.

The opinions expressed in this commentary are solely those of Al Vivian.