(CNN) -- U.S. President Barack Obama is trying to reform American health care, and it may be weakening the pulse of his presidency. 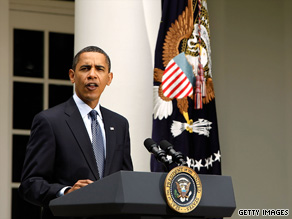 In fact, after six months in office during which he's benefited from widespread support on issues ranging from Iraq to the economy, nothing has seemed harder. What should Obama do about U.S. health care? Can he learn anything from other nations? Tell us.

Right now, the U.S. spends more on its health than any other industrial county but still leaves nearly 50 million of its people without routine care. Obama wants lawmakers to find a way to provide health insurance to all Americans while holding down prices. Several Congressional committees have been struggling to come up with new plans and the early results have been complicated, controversial and costly.

The process is starting to take its toll in public opinion. Obama is still popular. An ABC News-Washington Post poll found that 59 percent of Americans approve of how he's doing his job. But on health care, he's slipped below 50 percent for the first time, with just 49 percent approving of his efforts on the issue.

Hoping to fight that loss of momentum, he's scheduled daily television appearances to campaign for quick work from Congress, and his political organization is running ads on TV too.

He's keeping his distance from most details of the debate, but putting all of his personal popularity to work to get a plan with enough public support to be enacted.

The president's opponents in the Republican Party sense an opportunity that extends far beyond the healthcare debate.

"If we're able to stop Obama on this, it will be his Waterloo," said Republican Senator Jim Demint. "It will break him."

Obama doesn't seem like he's about to be "broken," but ironically, on health care he looks like he could be ailing.