WASHINGTON (CNN) -- A leader of the conservative "Blue Dog" Democrats told CNN Wednesday he and other group members may vote to block House Democrats' health care bill from passing a key committee if they don't get some of the changes they want. 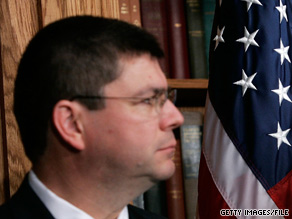 Rep. Mike Ross, D-Arkansas, is a leading negotiator for the Blue Dog Democrats on health care.

"We remain opposed to the current bill, and we continue to meet several times a day to decide how we're going to proceed and what amendments we will be offering as Blue Dogs on the committees," said Rep. Mike Ross, D-Arkansas.

Ross said the bill unveiled Tuesday by House Democratic leaders did not address concerns he and other conservative Democrats outlined in a letter late last week to Speaker Nancy Pelosi.

The conservative Democrats don't believe the legislation contains sufficient reforms to control costs in the health care system and believe additional savings can be found. Their letter to leaders raised concerns about new mandates on small businesses. Blue Dogs also say the bill fails to fix the inequities in the current system for health care costs for rural doctors and hospitals.

The Energy and Commerce committee, along with two other House committees, is scheduled to take up the bill Thursday.

Democrats outnumber Republicans 36-23 on the Energy and Commerce committee, which contains eight Blue Dogs, including Ross. If seven Democrats vote with Republicans against the bill, it would fail to advance to the House floor.

Asked whether the Blue Dogs on Energy and Commerce are considering voting as a group against the bill if it remains unchanged, Ross replied, "absolutely."

He didn't give details on changes the Blue Dogs want. But he did say he wasn't satisfied with the penalty exemption for small businesses that don't provide health insurance for employees. An earlier draft of the Democrats' bill exempted businesses from paying a penalty if their payrolls were less than $100,000. Democratic leaders raised that payroll amount to $250,000.