WASHINGTON (CNN) -- President Obama is expected to announce Friday the creation of the position of cyber czar, a person who will coordinate the nation's efforts to protect government and private computer systems from hackers, criminal gangs, terrorists and spies, people familiar with the plan said Thursday. 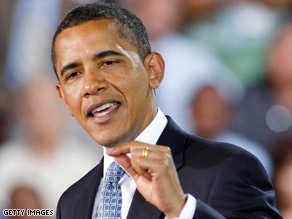 President Obama is expected to announce Friday the creation of the position of "cyber czar."

The czar will report to both the national security adviser and the head of the National Economic Council, the sources said.

Obama will not name anyone Friday to the post because the selection process is ongoing, they said.

In addition, the White House will release a 40-page report that sets broad goals for combating cyber intrusions, but does not spell out in detail how to do so, said the sources, who would not agree to be identified because the report has not been released.

Shortly after taking office, Obama ordered a 60-day review intended to ensure the federal government's cyber initiatives were "appropriately integrated, resourced and coordinated with Congress and the private sector."

Melissa Hathaway, a senior member of the National Security Council who led the review process, told a security conference late last year that a public-private partnership and international alliances would be key to solving cyber security problems. Another senior official said any solution would be a "team sport" requiring a "holistic, comprehensive" approach.

Administration officials said that representatives of the private sector, government departments and agencies, academics, state and local officials and civil liberties and privacy experts were among those consulted during the review.

The Department of Homeland Security reports the number of cyber attacks on government and private networks increased from 4,095 in 2005 to 72,065 in 2008.

This month, a Transportation Department audit -- carried out after hackers got into a support system containing personnel records -- indicated the nation's air-traffic control system could be at risk.

Hathaway expressed concern that critical infrastructures such as the nation's power grid and financial networks could be vulnerable. "God forbid if somebody were to take down and or manipulate our financial system, and what would we do, and would it make the current financial crisis look like a walk in the park?" she asked.

Director of National Intelligence Dennis Blair recently told reporters the biggest cyber threat facing the United States is from nation states, particularly Russia and China. "I think China is winning the sweepstakes for the origin of most attacks on U.S. persons and organizations," he said.

The Bush administration's own review of the matter culminated in the mostly classified National Cybersecurity Initiative, which was enacted in January 2008. National Security Agency executive Sandra Stenar-Johnson said that plan consisted of 12 initiatives with three goals: reduce the current vulnerabilities in the system, defend against the full spectrum of threats, and develop next-generation technologies to maintain an edge over adversaries.

The Bush initiative tapped the Department of Homeland Security as the lead agency in the cyber battle. Senior officials in the Obama administration say the White House will anchor the latest effort, providing guidance and direction to ensure all agencies and departments are working well together.