WASHINGTON (CNN) -- A coalition of progressive groups sought Monday to have 12 Bush administration lawyers disbarred for their roles in crafting the legal rationale for so-called enhanced interrogation techniques that many view as torture. 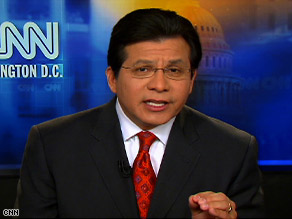 Alberto Gonzales is among the former attorneys general named in the complaints.

"It is time to hold these lawyers accountable for violating their legal oath," Kevin Zeese, an attorney for the coalition, said in a written statement.

"Just as the bar would suspend an attorney who advised a police officer to torture and brutalize a detained immigrant or criminal defendant, the bar must suspend these attorneys for advocating and causing the torture of war detainees. The disciplinary boards that hear these complaints must act or they will be seen as complicit in the use of torture."

Zeese called disbarment "an important step toward the ultimate accountability of criminal prosecution."

The complaints, filed with the bars in California, the District of Columbia, New York, Pennsylvania and Texas, also seek other forms of disciplinary action in addition to disbarment.

A preliminary internal report on the Justice Department investigation into the authors of the Bush administration's "torture memos" indicated that the federal government might also urge state bar associations to take sanctions against the memo writers, according to two government sources.

The draft, which has been sent to Attorney General Eric Holder for approval or revisions, reportedly does not call for criminal prosecutions.

The three former Office of Legal Counsel lawyers were top officials who provided legal guidance, including permissible interrogation procedures to the CIA and other executive branch agencies. Guidance written by Bybee and Yoo in the aftermath of the September 11 attacks allowed for harsh interrogation techniques that later were withdrawn.

The draft report is said to be critical of Yoo and Bybee in particular.