(CNN) -- From Oakland, California, to Binghamton, New York, several mass shootings in recent weeks have killed dozens across the country. But has there been an effect on public opinion? 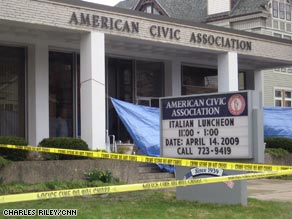 Yes, and in a surprising way.

Since 2001, most Americans have favored stricter gun laws, though support has slightly dropped in recent years: 54 percent favored stricter laws in 2001, compared with 50 percent in 2007, according to Gallup polling.

The gradual, long-term decline in support for gun control from the early 1990s to 2008 coincided with a decline in the murder rate. But this year's sudden drop seems to be influenced by politics, namely the Obama administration.

"If [President Obama] and the people in control of Congress right now could have what they want, they would heavily restrict or eliminate guns from this country," said Sean Healy, an attorney who has advocated on behalf of gun-owner rights.

Or, Americans may have heard the new administration's take on assault weapons.

"There are just a few gun-related changes that we would like to make, and among them would be to reinstate the ban on the sale of assault weapons," said Attorney General Eric Holder in February.

In March, Secretary of State Hillary Clinton said, "I, as a senator, supported measures to try and reinstate it. Politically, that is a very big hurdle in our Congress. But there may be some approaches that could be acceptable, and we are exploring those."

Still, the decline in American favor for stricter gun laws doesn't mean people want to see restrictions lifted -- 46 percent want no change in the current law, while only 15 percent want gun laws that are less strict.

The poll, based on phone interviews with 1,023 U.S. adults from Friday through Sunday, were conducted after Friday's mass shooting in Binghamton, New York, where 13 people were killed at an immigrant services center.