WASHINGTON (CNN) -- In case you hadn't noticed, Washington is in the midst of a revolution. A new president, an economic meltdown. 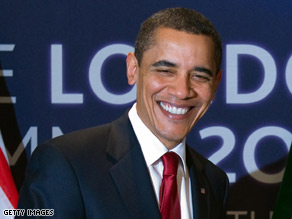 President Obama needs to take another look at the rules on lobbyists, Gloria Borger says.

And, in short order, the following solutions proposed and implemented: an extensive bank bailout, a huge plan to salvage the careening housing market, a gargantuan $787 billion economic stimulus package.

More quietly though, there's this side of the Obama revolution: a plan to rid Washington of the outsize influence of all lobbyists. Make sure they're not a part of that evil revolving door, running the government agencies they once lobbied.

And also make sure that lobbyists left on the outside don't unduly influence the new folks running the place.

Translated (à la campaign jargon) that means: The days of crony government are over. The insiders are no longer in charge. You are.

Good for you -- except it's not. This side of the Obama revolution has fallen prey to the laws of unintended consequences: First, the administration is discovering it can't get itself up and running without calling on some people with much-needed expertise. (See also: vacancies in top levels of almost every department.)

Next, there's a revolt brewing among lobbyists (including the so-called do-gooders) who say they're being denied both government jobs as well as the constitutional right to petition just because they have "lobbied" in the past.

They're right. The insanity is that these rules are now dangerously close to creating a problem for effective governance.

Here's the dirty little secret: Those who lobby on specific issues are often the most knowledgeable on those issues. And they're getting shut out, no matter which side they're on. That's why Dave Wenhold, the president of the American League of Lobbyists, sent out a call to arms to fellow lobbyists recently.

Seems the president signed a memo that laid out restrictions on the contacts between lobbyists and government officials in connection with the stimulus package -- including restrictions on telephone calls and meetings about individual project proposals.

The goal may be full transparency in government, but the result could be chaos. Sure, the president wants the stimulus money to go only to worthy projects, but why not be allowed to get some help in navigating the government bureaucracy?

In the end, these groups say, the process could move slower, not faster. After all, why keep a mayor from turning to a lobbyist who knows the system for help?

In a strange marriage, the American Civil Liberties Union has joined with the lobbyists to declare this all constitutionally unacceptable. As Wenhold writes, "There is an emerging pattern of industry segregation, discrimination, and actions that skirt the boundaries of our constitutional right to simply 'do our jobs.' Enough is enough!?"

So the revolutionary president has a revolt on his hands. From Republicans and moderate Democrats, on policy -- and from the permanent citizens of Washington's bureaucracy, the lobbyists.

Obama officials will tell you that it's what they expected; change is never easy, after all. And they stand firm, taking some solace in history: In 1981-82, the Reagan Revolution came and didn't turn the country around quickly. The GOP got crushed in the 1982 midterm elections, but the president won a landslide in 1984.

And President Clinton overreached on health care in 1993, and his party was swept out of control of the House in 1994. But by 1996, he won re-election easily.

Now comes Obama, who is rolling the dice, just as Clinton predicted during the campaign -- on everything. And now that his own revolution is in gear, it's caused even some of his most ardent supporters to revolt. Worse, yet, it's hurting the staffing of his own government.

Sure, change is what Obama called for, and it's clearly needed. But even revolutions need to be recalibrated once in a while. How about now?