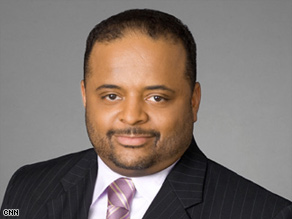 Roland Martin says that a bigger cigarette tax is a good idea that will discourage an unhealthy practice.

(CNN) -- We all have our vices. But one that drives me nuts is smoking.

There is nothing -- NOTHING! -- that I like about smoking.

Why someone in their right mind would want to essentially inhale fire is beyond me.

When relatives come to my home and they smoke, they can't just stand outside the front or back door. No, I send them to the furthest point in the backyard to get their nicotine fix.

I celebrate when cities pass smoking bans because the only smoke I want in a restaurant should come from a hot, juicy steak. If I'm walking down the street, and the person in front of me is leaving their trail of smoke, I'll happily speed up to get past them or publicly wave the smoke out of the way when walking by them to show my disapproval. And it angers me to drive down the street and look over to the next car and see a mom or dad puffing away as a helpless child has to sit there and inhale that junk.

So don't think for a second that you'll find any sympathy from me for the folks who are up in arms over the federal tobacco tax on a pack of cigarettes jumping from 39 cents to a buck and a penny. The money will be used for the expansion of the president's health initiatives.

Look, I don't care if a Democrat, Republican, or independent was behind this tax, I would gladly see it happen.

The folks who are not happy are saying this is far too much taxation and it's wrong, but we can't deny the health reality. Cigarettes are unhealthy. Period. This isn't up for argument or debate.

According to an Associated Press story, "The Centers for Disease Control and Prevention says cigarette smoking results in an estimated 443,000 premature deaths each year, and costs the economy $193 billion in health care expenses and lost time from work. Smoking is a major contributor to heart disease, cancer and lung disease."

But then those who don't want to see it happen are bringing out the usual prop: the poor, poor people.

Critics say the tax will disproportionately hurt poor people. Fine! Did we somehow forget that poor people already are likely to be in poorer health because they are living in areas where there are food deserts, and that means lack of access to fresh fruits and vegetables?

Poor folks are likely to lack insurance, which means when they get sick, they will go to a city or county hospital, and taxpayers have to foot the bill. So their decision to buy cigarettes will probably hit us in the pocketbook later on.

Folks, poor people are always used by someone. And in this case, they are being trotted out so we can say, "Oh, this is so harsh because the poor will be hurt."

Let's face it: I don't want poor, middle or rich folks smoking. I just think it's disgusting. But if this tax will cause a lot of folks -- poor or otherwise -- to quit smoking and add a few years to their life, then I call that good legislation.

All About Health and Fitness • Smoking • Taxes