Poll: Most Americans would trade some school control for funding

WASHINGTON (CNN) -- Most Americans would be willing to give up some control of their public schools to the federal government in return for funding from Washington, according to a new poll. 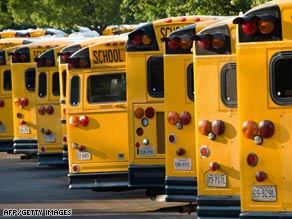 Fifty-six percent of people questioned in a CNN/Opinion Research Corp. survey released Friday said they would like to see more federal money spent on the public schools in their communities, even if it meant increased influence by the federal government over the education policies those schools follow. Forty-three percent opposed the idea.

"The most interesting gap is between mothers and fathers of children under 18," CNN Polling Director Keating Holland said.

"Seventy-two percent of mothers favor more government influence over local schools in exchange for more money. Only about half of all fathers feel the same way. People with no children under 18 are split on the concept, with 53 percent favoring that idea and 46 percent opposing," he said.

The public is split on whether teachers should get more money if their students do better on tests, known as merit pay. Fifty percent like that idea, and 48 percent dislike it.

"Mothers and fathers disagree on merit pay as well," Holland notes. "Most fathers of children under 18 think it is a good idea. Most mothers do not."

The CNN/Opinion Research Corp. poll was conducted March 12-15, with 1,019 adult Americans questioned by telephone. The survey's sampling error is plus or minus 3 percentage points.

All About Education • Barack Obama