WASHINGTON (CNN) -- The Transportation Security Administration is looking into a report that Louisiana Sen. David Vitter had an angry altercation with an airline worker at Washington Dulles International Airport last week. 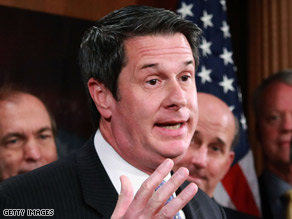 The agency is not doing a formal investigation, TSA spokesman Sterling Payne told CNN, but it is gathering information to determine if one is needed.

"We are looking into the reported incident," Payne said.

An aide to Vitter said Friday morning the Republican senator had not been contacted by the TSA and maintains the media account of the incident is overblown.

Roll Call had a report in its gossip column earlier this week, based on an unnamed eyewitness, that Vitter arrived at the airport 20 minutes before his United Airlines flight was scheduled to depart.

The door to the boarding bridge was already closed, but Vitter opened it anyway, triggering an alarm. The paper said an airline worker warned him not to enter the walkway, which led to a "tirade" by Vitter who "remained defiant."

Vitter has refused to answer reporters' questions about the incident, but in a statement Wednesday described his actions more innocently and the Roll Call report "silly."

"After being delayed on the Senate floor ensuring a vote on my anti-pay raise amendment and in a rush to make my flight home for town hall meetings the next day, I accidentally went through the wrong door at the gate," he said. "I did have a conversation with an airline employee, but it was certainly not like this silly gossip column made it out to be."

Vitter has been the subject of unwelcome headlines before. In 2007, he was linked to a Washington, D.C., prostitution ring. He denied allegations he had relationships with prostitutes, but apologized for "a very serious sin."

Joel DiGrado, Vitter's spokesman, said the congressman would not comment further on the issue.