WASHINGTON (CNN) -- The Senate Intelligence Committee has launched a review of the Bush administration's controversial interrogation and detention program. 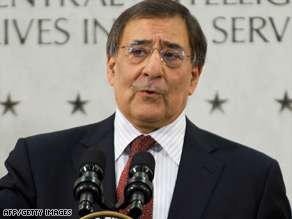 The purpose of the review is to fully understand the program and to help "shape detention and interrogation policies in the future," Sen. Dianne Feinstein, chairwoman of the committee, and Sen. Kit Bond, the committee's ranking Republican, said in a statement Thursday.

The Senate study will run parallel to one ordered by President Obama shortly after he took office. Obama wants to know whether any of the harsh interrogation methods used against suspected terrorists held by the CIA should be retained.

The so-called "enhanced interrogation techniques" included waterboarding, which simulates drowning and is considered torture by the new administration. Bush officials repeatedly insisted detainees were not tortured during questioning.

The Senate review will look at how the CIA determined detainees knew valuable information and whether the coercive techniques used against them resulted in gaining information that stopped terrorist attacks.

The study will also examine whether the agency accurately described the scope of the program to the Office of Legal Counsel and the Senate oversight committee, and if the program was in compliance with legal opinions and policy.

The announcement comes the day after the Senate Judiciary Committee chairman called for the establishment of a nonpartisan "commission of inquiry" to investigate allegations of wrongdoing against former Bush administration officials in their prosecution of the war on terrorism.

Nothing "did more to damage America's place in the world than the revelation that our great nation stretched the law and the bounds of executive power to authorize torture and cruel treatment," Sen. Patrick Leahy said at the start of a committee hearing.

"I think that we have a responsibility to be transparent on these issues and to provide them [congressional committees] that information," Panetta said.

But Panetta said the reviews should not target the CIA interrogators.

"I would not support, obviously, an investigation or a prosecution of those individuals" involved in the interrogation program," Panetta said. "They did their job, they did it pursuant to the guidance that was provided them, whether you agreed or disagreed with it."

In a letter to the CIA staff on Thursday, Panetta said Feinstein and Bond made it clear to him the goal of the review is not to punish anyone.

"They assure me that this review is a way for the committee to assess lessons learned from the program while our government devises a new interrogation policy," wrote the CIA director.

The Senate review is expected to take about a year to complete. No public hearings are planned.