Commentary: Jindal leads GOP on a 'march of folly' 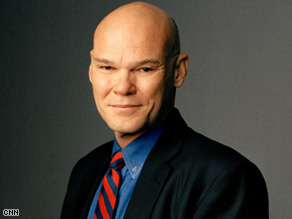 James Carville says the Republicans who oppose expanded jobless benefits are on a "march to folly."

(CNN) -- Over the course of history, governments, political regimes and leaders have done some stupid things despite all arguments to the contrary, at times even against their own self-interest.

Pulitzer Prize-winning author Barbara Tuchman (best known for "The Guns of August") chronicled this in "The March of Folly," examining the Trojan War, the provocation by the Renaissance Popes that led to the Protestant secession, the unnecessary loss of American colonies by Britain and the now well-documented United States loss in Vietnam.

Fast forward to 2009. The Republican Party has just suffered a bad but not unprecedented defeat. The U.S. economy is in shambles. And the patch of ground some leading figures in the GOP have chosen to occupy to rally back is to oppose expanded unemployment benefits in the middle of a recession.

They could have chosen a stronger national defense and terrorism policy, personal responsibility or even market-based health care reform. Arguing that President Obama's publicly-supported economic stimulus bill was full of wasteful spending (Rush Limbaugh termed it "Porkulus") was not enough.

No, their cause in this time of crisis is to deny expanded unemployment benefits to tens of thousands of jobless workers by saying they would not accept added federal funding for them.

So my home state governor, creationism-toting Bobby Jindal, the newly-tapped spokesperson of the Rush Limbaugh-led Republican Party, and a handful of Southern governors, took their stand on expanded unemployment benefits which make up about 2 percent of the economic recovery package.

This, despite the fact that economists from all political ideologies concluded that extending the length of time that workers can collect unemployment insurance benefits would be one of the most effective stimulus measures.

A 2008 Congressional Budget Office memo stated that it would be an effective measure for Congress to pass because "it seems likely that recipients would spend most of those benefits."

Gov. Jindal is being joined in this folly by Mississippi Gov. Haley Barbour and South Carolina Gov. Mark Sanford, whose states have high jobless rates and could use the most economic assistance.

Worse, the right's new hero is CNBC's Rick Santelli, a man who on September 2, 2008, said the economy was healthy and blamed the business media for the financial crisis.

He has taken a similarly small, eroding patch of ground to mount a charge against the government's recovery package by suggesting that the government should let more homes needlessly fall into foreclosure.

In his latest tirade, Santelli comments the government is "promoting bad behavior" and that it's going to "subsidize the losers' mortgages." Well Mr. Santelli, President Obama's home affordability plan will help stave off even more foreclosures and allow those who are barely staying afloat to refinance their mortgages, both of which are in the best interest of the American economy as each foreclosed home reduces nearby property values by as much as 9 percent.

This is the same guy who recently said that the all-white, all-male stock traders next to him represented "a pretty good statistical cross-section of America. The silent majority." This from a former derivatives trader -- a patriotic profession up there with the likes of soldiers, teachers and farmers. Like what America needs now is advice from a derivatives trader. iReport.com: Share your thoughts on Jindal, Obama

Today's Republican Party, the lowest-held political party in the history of modern polling, should be in agony. They have just committed a serious blunder -- a folly have you.

If the great Mrs. Tuchman were still alive, she'd surely call this latest Republican gambit the Cap Pistols of February.