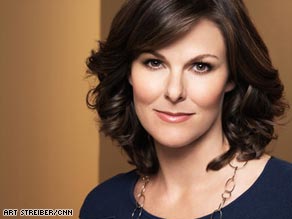 (CNN) -- On this program, we are all about cutting through the bull. Wednesday, Attorney General Eric Holder went well beyond paying lip service to the nation's annual observance of February as Black History Month.

It would have been easy for him to simply praise African-Americans whose sacrifice helped pave the way for our democracy; or to point to the triumph of both President Obama's election and Holder's own nomination and confirmation as the first black attorney general in United States history.

Instead, Holder used his speech at the Department of Justice to demand that Americans confront our unfinished business on the uncomfortable subject of race.

Attorney General Eric Holder: "Though this nation has proudly thought of itself as an ethnic melting pot, in things racial we have always been and continue to be, in too many ways, essentially a nation of cowards.

"We average Americans simply do not talk enough with each other about race. It is an issue we have never been at ease with and given our nation's history, this is in some ways understandable. And yet, if we are to make progress in this area, we must feel comfortable enough with one another, and tolerant enough of each other, to have frank conversations about the racial matters that continue to divide us.

"As a nation we have done a pretty good job in melding the races in the workplace. We work with one another, lunch together and, when the event is at the workplace during work hours or shortly thereafter, we socialize with one another fairly well, irrespective of race.

"And yet even this interaction operates within certain limitations. We know, by 'American instinct' and by learned behavior, that certain subjects are off limits and that to explore them risks, at best embarrassment, and, at worst, the questioning of one's character. iReport.com: Share your thoughts on Holder's statement

"And outside the workplace the situation is even more bleak in that there is almost no significant interaction between us. On Saturdays and Sundays, America in the year 2009 does not, in some ways, differ significantly from the country that existed some 50 years ago. This is truly sad.

"This will be, at first, a process that is both awkward and painful, but the rewards are, I believe, potentially great. The alternative is to allow to continue the polite, restrained mixing that now passes as meaningful interaction, but that in reality accomplishes very little."