Commentary: Wait till you see the next bailout

By David Smick
Special to CNN

Editor's note: David Smick, a global strategic adviser, is author of "The World Is Curved: Hidden Dangers to the Global Economy" (Penguin Portfolio). He is chief executive of Johnson Smick International, a financial market advisory firm based in Washington. 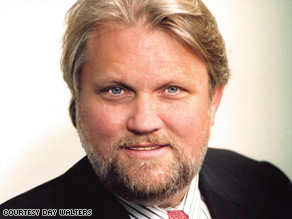 WASHINGTON (CNN) -- This week, the Obama administration launched an angry campaign (and rightly so) targeting the greed of the financial services industry.

But here's how Washington really works. The reason for Obama's public campaign is that soon officials are likely to hand the banks a taxpayer-funded bailout potentially worth trillions of dollars. Therefore, what's happening here is the creation of old-fashioned political cover.

The administration needs this cover because it faces a horrible choice. At issue is how the Treasury arrives at a price for the banks' toxic assets in any bailout package that entails taxpayer funding.

Here's the catch: If officials value the toxic assets at too low a price, all bank stocks will collapse. The world then would declare the large U.S. banks insolvent. America would face financial Armageddon.

On the other hand, valuing the toxic assets at an artificially high price (at the taxpayers' expense) may save the banks but invites a political firestorm at a time when average folks are hurting. Thus the need for cover.

Essentially, the administration is offering the bankers an implicit deal. Even though senior executives from banks receiving government assistance will face limits on their salaries, the value of their personal shareholdings in their companies -- where for most executives the big money is -- could potentially be restored if bank stocks rise in response to the bailout. In many cases, those shareholdings are now all but worthless paper.

President Obama is being forced to provide a bank bailout because of the banks' dirty little secret: Their off-balance-sheet financial exposure is far larger than publicly acknowledged -- according to various banking analysts, their liability to losses is from four to 16 times their stated on-balance-sheet exposure to bad assets.

Thus, a bailout, with those assets stuffed into a so-called "bad bank" owned by the taxpayer, could require potentially trillions of taxpayer dollars.

To lead us out of this morass successfully, Obama needs to more clearly lay out for the American people the horrific details of our global financial landscape.

He should begin with the myth that the financial crisis is just the result of a subprime mortgage bubble. Actually, the crisis is the result of massive, worldwide financial de-leveraging that is also afflicting Europe, the UK, China and many other emerging market economies.

The world faces a multitude of financial bubbles. These include credit card, emerging market and commercial real estate debt, along with widespread derivatives exposure including those notorious credit default swaps.

An even larger bubble could develop -- a bond market bubble -- as a result of other governments following America's lead in implementing large fiscal stimulus packages. That is because governments worldwide will soon be borrowing from the credit markets all at the same time.

In the end, it's understandable that the Obama folks are politically nervous. They have inherited a problem of historic proportion. Because of the enormous size of the banks' exposure, the administration should look at an alternative approach -- giving the banks government guarantees in return for taking the toxic assets off their balance sheets, instead of giving the banks more taxpayer money.

Sen. Charles Schumer, D-New York, already has suggested such an approach. There are limits to the amount of debt the American taxpayer and financial system can shoulder.

Maybe our new president is wise to engage in some political taking-of-cover. He would also be wise to avoid repeating the mistakes of the previous administration. After all, it won't be long before Obama, through no fault of his own, will politically "own" the financial crisis.

All About Barack Obama • Recessions and Depressions • Financial Markets