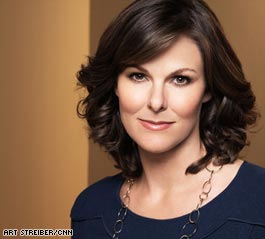 (CNN) -- Much of President Bush's news conference today was a defense of the many controversial decisions of his presidency, it was also reflective, with the president showing a willingness to admit and talk about the serious mistakes made by this administration.

But on one topic in particular, he seemed almost entirely disconnected from what really happened: Hurricane Katrina. As someone who spent many days in New Orleans, Louisiana, after Hurricane Katrina, I was taken aback listening to the president talk about the government's response.

It is impossible to challenge what so many of us witnessed firsthand -- what the entire country witnessed through television day and night: New Orleans was a city for a time abandoned by the government; where people old and young were left at the New Orleans convention center for days with no water or food.

People will disagree over aspects of the Bush legacy, but on the government's handling of Katrina?

The whole country saw what happened. People stuck on roofs were one part of a massive catastrophe. But there was so much else the government didn't do. To this day that city is fighting for its life.

Mr. President, you cannot pat yourself on the back for that one.

We will debate the war in Iraq, national security, the economy and the rest of your legacy. Those debates will continue for years to come. But on how you handled Katrina, there is no debate.