By Patrick Doherty, Special to CNN 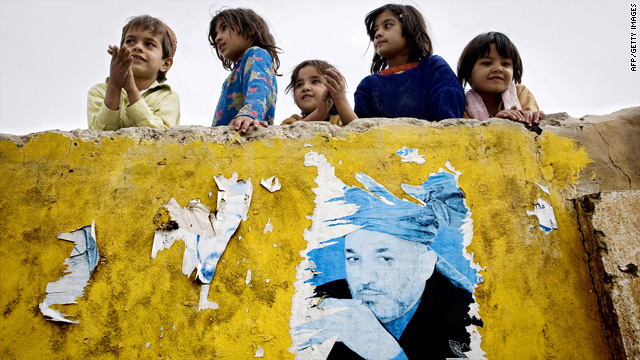 The United States must find a way to back a full national reconciliation process in Afghanistan, Patrick Doherty says.
STORY HIGHLIGHTS

(CNN) -- Before President Obama releases his strategy for Afghanistan, he should think twice about fully re-embracing Hamid Karzai.

Despite noises in Washington to the contrary, the thin veil of legitimacy Karzai enjoyed before the August elections is now gone, and the damage to any counterinsurgency strategy is immense. True counterinsurgency operations require the building of confidence and trust among ordinary citizens and their government -- trust that it will deliver on whatever small expectations the Afghan people have of Kabul. To the extent that confidence was ever present, it is certainly now shattered.

The Karzai clique must now be treated as just another faction within the atomized political culture of Afghanistan. Further, that culture must also be labeled for what it really is: a low-grade civil war among a spectrum of armed camps.

Without the patina of legitimacy supporting what was already a weak governing coalition, Afghan politics will be a free-for-all among the Karzais, the warlords, the Taliban factions, the drug lords and the remnants of the traditional tribal structures across the country.

"Karzai abused his office to steal a democratic election from the people of Afghanistan."
--Patrick Doherty
RELATED TOPICS

Under normal conditions, such a reversal of progress after nearly eight years of investment in a regime would be a serious blow to U.S. interests in Afghanistan and the wider region. Now, however, Washington is afforded a small window of opportunity to finally do the right thing by Afghanistan.

While supporting the fledgling ministries and Afghan security forces, the United States must find a way to back a full national reconciliation process. In Afghanistan, this means convening a broad and inclusive loya jirga -- the traditional Afghan peacemaking council -- aimed at creating a rough equivalent of Afghanistan's Dayton Accords. Unlike the 2001 Bonn process that installed Karzai, this effort must be crafted to engage all parties willing to commit to binding negotiations.

The timing of such a pivot is actually not so bad. Self-initiated Afghan-Afghan political talks are already creating the basis for a new process. If built into the president's yet-to-be-released Afghan strategy, the major precondition of viable negotiations -- a hurting military stalemate -- is well in hand.

Under such a plan, American and other ISAF forces need not achieve military victory. Rather, President Obama needs to make clear a lasting U.S. commitment to keep the military balance favoring negotiation. This subordination of the military strategy to the political will increase the likelihood that a viable and enforceable agreement is reached by a new loya jirga and that a new unity government can take power in Kabul. And that is the best way to both honor and minimize the sacrifices of our men and women in uniform.

Continuing the charade that Hamid Karzai is legitimate, on the other hand, will hobble the Obama administration indefinitely. This administration should have learned by now that puppet governments, especially those installed by the Bush administration, are inherently flawed partners.

Pushing the reset button on political reconciliation in Afghanistan offers the best hope for a stable exit strategy for the United States.

Combined with an expanded regional strategy that realigns the geopolitics of the region so that India and Pakistan no longer feel compelled to use Afghanistan as their proxy battleground; so that Iran feels secure in its eastern border and so that central Asian stakeholders are confident in the stability and security of energy routes through the region -- the internal politics of Afghanistan can be left to the Afghans and al Qaeda's influence can be minimized.

And that is what ultimately counts. At the end of the day, the region's topography and decades of cohabitation will mean that even a newly legitimated Kabul will find itself at odds with al Qaeda and its die-hard affiliates.

Nevertheless, President Karzai's perfidy has created a rare opportunity to seek a national consensus that could include a much greater proportion of the Pashtun and other Afghan tribes, thereby isolating al Qaeda affiliates in the restive southern and eastern provinces of Afghanistan. Maintaining the line that Karzai may be a corrupt politician but at least he is our corrupt politician will only deepen the divide that is bleeding Afghanistan and our armed forces.

The opinions expressed in this commentary are solely those of Patrick Doherty.