ATLANTA, Georgia (CNN) -- Have you heard about the latest "dare to be rich" scheme making the rounds? It's trading foreign currency online. This is the type of pitch that really appeals to people who are afraid of the stock market, the housing market and the puny returns on CDs. 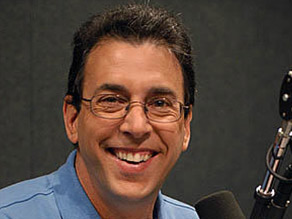 First, it's important to understand that there is a legitimate business opportunity here. The main purpose of currency trading is to allow businesses that operate in multiple countries to lower the risk of exchange movement and its effect on their profits.

But I believe the only individuals really making money with online currency trading are the ones who market a variety of "how to" info tapes and seminars.

They want you to believe that you -- as a layman, in your spare time -- can learn this tricky business by taking their course, watching their tape or completing their "webinar."

The reality is that currency trading is extremely high-risk territory. It's not the "insta-business" it seems, and the risks typically outweigh the benefits for the individual investor. Even if you're dealing with a pitchman who is legit, you're still likely to get burned in this high-risk game.

Currency trading is the ultimate in speculation and the complete opposite of the long-haul investing approach that I prefer.

The New York Post recently ran a story about the currency trading frenzy. According to that article, one trading desk did just under $7 trillion in trades for clients in 2008. That same company claims one customer even earned a return of 1,951 percent on his money in one month, watching $961 turn into some $20,000!

Those kinds of numbers really get your attention and make you think that you can make real money, too. But don't believe the hype. I want you to stay safe and preserve your capital.

Remember back when the "can't lose" business opportunity of the 1990s was owning pay phones? At the time, the monopoly local phone companies were getting out of the pay phone business because of the popularity of cell phones.

Their exodus paved the way for con artists to come in and market a variety of dare-to-be-rich schemes specifically tailored to this industry.

Now, there are so many people who have rusting pay phones sitting around the house after this supposed great business opportunity proved to be a bust. The pay phones were typically sold in groups of five for $19,000-$25,000. It was a big-time money loser.

Today we have a similar scenario going on with the big players in foreign currency trading. Dow Jones recently ran a story about the growing trend of individual investors getting into the game at the same time that institutional currency investors are going to the sidelines.

The average daily trade volume in the individual-investor market rose from $10 billion in 2001 to nearly $100 billion at the end of 2008, according to Aite Group, an independent research and advisory firm.

So it really is like the modern equivalent of the pay phone craze. When the professionals pull out, you know you'd better be wary, because that's when the scammers come in.

Yes, I know the idea of currency trading really appeals to people who are looking to get rich during this down economic cycle. But a golden opportunity this is not; it's more like fool's gold.