Getting him to say the 'L' word

(The Frisky) -- It's never easy -- or emotionally healthy -- to try to make a guy fall in love with you, but that's not what this article is about. This is about the guy who already loves you, and how you can encourage him to finally say it already. 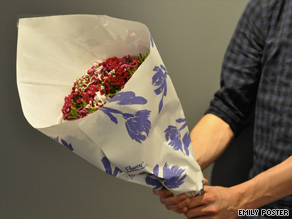 I don't think women should say "I love you" first. In my opinion, it's important for men take the lead in uttering those words, but the truth is that most of them could use our help.

Luckily, there are plenty of ways to encourage a man to say "I love you" without making the mistake of saying it first yourself.

Before that, a man gives all kinds of verbal and nonverbal clues as to his feelings for you: He spends a lot of time with you, he seems happy and relaxed in your presence, he's introduced you to important people in his life, he's told you how much he likes you and enjoys your company, and he's talked about the future -- even just the short-term future -- with you in it. The Frisky: Why women shouldn't say 'I love you first'

If the man in your life has given you all the clues that he loves you, the easiest way to encourage him to say it out loud is to give him clues that you're feeling it, too. Guys are as insecure as we are, if not more, and they need lots of affirmation that they're accepted and their feelings are returned. Few of them will say "I love you" without having a pretty good feeling the sentiment is shared.

So, give your own clues: spend time with him, show interest in his interests, laugh when you think he's funny, make something for him (cookies, dinner, a card, a CD), and tell him you like him and enjoy his company.

Don't act needy, though. Understand the fine line between expressing your feelings and being desperate, and don't cross it. Spending time with him doesn't mean clearing your entire calendar of everyone else or dropping everything to be with the him the second he's available. Showing interest in his hobbies doesn't mean investing in a $500 golf bag and a collection of unflattering polo shirts because he likes Arizona.

The key is to give him clues about how you feel, not deafen him with your guttural proclamations from the rooftop. The last thing a guy wants to do is profess his love to a woman who'll never leave his side for a second once he does. The Frisky: 15 ways to tell guy you love him without saying 'L' word

If you've given him plenty of clues that you love him, and he's still not giving it up, give him a reason to do so. I'd been dating my boyfriend for about eight months before he dropped the "L" word, and I'm pretty sure he finally said it because he thought time was running out.

We were long distance then, and I knew he was eager for me to make the move to New York, so I made it clear I wasn't relocating across the country to be with someone who hadn't even verbally expressed how he felt yet. I mean, I knew how he felt, but I wanted to hear him say it. He finally did, right before I boarded the bus to the airport after a week-long trip to New York over New Year's.

It was great to hear, and, of course, I returned the sentiment, but it's not like those three words immediately changed anything between us -- they only made explicit what had already been implicit for quite a while. Finally saying those words was like breathing a sigh of relief and relaxing a little more comfortably into the relationship. The Frisky: 10 ways not to say 'I love you'

Even if you aren't in a long distance relationship with the potential of a move on the horizon, there are other ways to let a guy know it's time for him to tell you how he feels. Resist flat-out asking him, which undermines all the ways he's already shown you, and instead tell him that you have a pretty good idea what his feelings for you are, but you'd love to hear him say it sometime. This lets him know you've paid attention to the clues he's shown while giving him permission to open up a bit more.

If you're ready for things to move forward, ask him where he thinks the relationship is headed. If he doesn't reveal how he feels in his reply, chances are he'll let you know soon, especially if you've both agreed things are growing more serious between you.

Finally, if all the clues and questions in the world don't prompt him to spill it, and you can't bear to go one more day without hearing those three little words, I'm going to give an exception to my rule and advise you to go ahead and tell him you love him first. Just don't be shocked if you get a smile and a "me too" in response. Some people have an aversion to all 4-letter words