A confession on the second date

(OPRAH.COM) -- I had been divorced for 14 years and had three children off on their own -- a daughter working in Europe, a son in graduate film school, and another daughter in college -- when a woman I met on a ski lift in Aspen offered to set me up with a psychoanalyst practicing in New York. 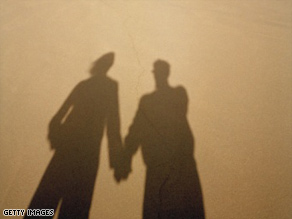 Woman finds out on her second date with a man that one of her issues isn't as bad as she thought it was.

I'd seen my share of shrinks professionally in my lifetime (with questionable success), but I'd never dated one. I didn't hold much brief with them as a group, but the first date with Bob had gone reasonably well, so I agreed to a second.

We drove out to Long Island on a weekday afternoon. It was a sunny and clear day in October, the kind that has the exquisite melancholy that comes to the beach in autumn.

Bob was recently divorced and refinancing his summer house; the plan was that he'd take care of the paperwork at the bank and then we'd play tennis, take a walk at the shore, and eat a lobster dinner before driving back to Manhattan.

In Southampton, he went to the bank and I drove into town. I thought I'd walk around for a while and look in the shop windows. I parked the car and locked it. I was feeling happy. The drive out had been fun. Bob had talked all the way, told me the story of his life, dropped a palm over my kneecap. Things were not uninteresting.

I stood on the Southampton street and slung my bag over my shoulder and was about to walk off when I became aware of a naked feeling, an emptiness that signaled I was missing something important. That's when I realized I'd locked the keys in the car. I looked through the grimy window and saw them glittering on the old red vinyl seat like diamonds that had dropped through a sewer grating. The windows were shut tight. My heart began to pump quickly. Oprah.com: Don't panic! What to do if...

I was parked in front of an old-fashioned hardware store on the main street of Southampton. I scurried to the back where a clerk made keys and pulled him outside to look at the car. We stood surveying it and he poked at the windows. No, the wire hanger trick would not work. He jiggled all the doors. Locked. We both stood with our hands on our hips, staring.

The car was old, a secondhand Chevy that Bob's daughter had used in law school. It was grimy with New York City dirt and had masking tape wound around the front fender, presumably to hold it together. I'd first seen the car nestled among the gleaming Saabs, BMWs, and Mercedeses belonging to the other doctors when we rendezvoused that noon on the street outside Lenox Hill Hospital; it looked like a punch-drunk boxer picking itself up off the mat.

Bob had once owned a Mercedes and lived in a wealthy suburb, but those days were over, he'd said; he was paying for the divorce and didn't have much spare cash. The car was so flimsy that I had the fantasy I could turn it over and jiggle the keys out, but of course that wasn't so.

I was experiencing a kind of panic. At that point I wasn't sure how I felt about Bob, but I was utterly certain of what I wanted him to feel about me. Being a twit wasn't among the possibilities I would consider. Oprah.com: Why it's never too late for romance

My kids joked that I couldn't leave the apartment without returning for something I'd forgotten. "Don't worry. She'll be right back," my son told a friend who'd said he was sorry he hadn't said goodbye to me before I went out. Soon I'd reappear -- looking for my gloves, a letter I needed to mail, or the name of the restaurant where I was headed for dinner.

The woman who introduced us was dating a friend of Bob's, also a therapist, and they'd both warned him that we'd have a great time together for a while but our romance would be brief. Aside from being too picky and commitment-phobic, they'd said, I was flaky. Now I'd proven them right, and even sooner than they'd predicted.

It took the locksmith who came in a small truck just moments to open the car door. He was a businessman for all seasons; a winch for towing vehicles hung off the back of his truck, dangling like a big question mark. He charged me $25; this was 1984, so it was the equal of double that today. Giving him that much cash would leave me short, so I wrote him a check -- gladly.

I picked up Bob outside the bank with time to spare. I was waiting serenely in the parking spot when he came out, the key safely in the ignition. We played tennis on a deserted court in the middle of a field that afternoon, walked on the beach as the sun burned orange behind the dunes, threw lobsters into a big blue and white pot and ate them by candlelight.

On the way back to Manhattan, I began to think about telling him what had happened. I was feeling emotional. I'd enjoyed everything about the day; his paternal instructions on the tennis court, the way he'd placed the ball exactly where I could take a full swing.

There was something eager and innocent about Bob. He told me everything about his career and his life. I was accustomed to much more well-defended types. He had been married for 32 years, divorced for only two, and was not a seasoned "single." We'd shared a day that surprised me -- and, I thought, him too -- with pleasure. I wanted to tell him the truth.

Sitting alongside Bob in the passenger seat, I felt my heart move up to my throat. I had a long history of "keys locked in the car" episodes behind me: the $2,000 crown from a molar dropped down the sink drain; my elderly mother's tax returns forgotten on a 104 bus. I was capable of arriving for an international flight without my passport and of sending a fragile Art Nouveau watch, a gift from my former husband, through the washing machine (it came out very clean).

Some nights I dreamed of diving into an empty swimming pool and awoke knowing it could happen to me. I messed up matings and marriages. If I were recovering from a divorce behind the wheel of this battered wreck of a car, I wouldn't let someone like me into my life.

The car was ratcheting along the Long Island Expressway. Midweek, late at night, no traffic in sight. I told myself I could wait and see what happened to us, tell him at some other time. But I didn't want to do that, either. We'd seen very few people all afternoon and the day had taken on an intimate quality, more so inside the front seat on the dark, empty road.

"I have something to tell you," I said. I took a deep breath and made my confession, all of it; the key, the locksmith, the check.

He looked away from the wheel for a moment. "Twenty-five bucks," he groaned. "Why didn't you call? Or come get me?" He looked truly dismayed. "I have other keys. Couldn't you tell I'm the kind of guy who would carry a second set?"

The headlights of an approaching car were flashing and dazzling. They lit up the road and the sky. The concept of duplicate keys seemed to brighten the universe, a discovery to equal the invention of the wheel. "You are?" I said.

"Without fail," he answered. He laced his fingers through mine. It occurred to me that I was talking to a psychoanalyst, a guy who'd seen, and heard, a lot worse than me. I leaned back and rested my head on the back of the seat, and we continued talking as the car raced along.