(The Frisky) -- The biggest, baddest, most terrifying part of falling in love is opening up and letting yourself be vulnerable. When it works, love can seem like the stuff of fairytales: you meet someone, you get to know and like each other, you enter into a mutually trusting and respectful relationship, you fall deeply, madly, hopelessly in love, and you live happily ever after. 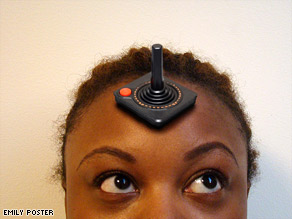 There are certain types of men that women should avoid so they won't get played.

At least, for a while.

But all too often it works out less well. Trust is shattered. Hearts get broken. Tears are shed.

Once a lady's been put through the emotional wringer a few (dozen) times, she gets a little wary. A little closed off. She can start to mistrust her judgment. Second-guess her gut. Worry she's going to die alone, leaving behind a feline-gnawed corpse and a stack of tear-stained Netflix romantic comedies.

So, it's not always easy to know whether to let someone in or if you should just flip the "ditch switch," instead. On the one hand, you want to be open to the possibilities, but, on the other hand, nobody wants to be a sucker.

Once you finally decide to hoist yourself back up and onto that dating pony, here are a couple types to watch out for:

1. He has children he doesn't see and/or support. Make no mistake -- kids can really slap a stinky, wet diaper on the flames of love. Your guy might blow you off because his toddler's running a fever, or maybe he doesn't have much money because he's doling out child support. As annoying as this may be, the upside is it shows he's a responsible adult.

Deadbeat dads can start out as a lot of fun, but how he treats his children is a good indicator of how he's going to treat you. If he can abandon his own flesh and blood, you can be sure his loyalties are as flexible as your yoga teacher's spine.

2. All his ex-girlfriends are "crazy." Chances are if all the women he's dated are nuts, his behavior likely went a long way towards making them that way.

3. He's heavily invested in his "persona." We all know guys like this. Richard is the crazy life-of-the-party guy! Then there's Jon, the sarcastic intellectual. Dean is heavily influenced by 1940s gangster style; his clothing is all vintage, and his apartment is like a time capsule circa your granny.

While these dudes might be appealing, they rarely get real. Richard may be charming, but being around someone who's always "on" is exhausting. Jon may be the smartest guy you've ever met, but he can also be the cruelest. And Dean? Well, he's hot, but he spends so much time looking back, how can he possibly look towards the future?

4. He's a compliment miser. The guy you're dating should make you feel like the prettiest, funniest, smartest, most amazing creature in the entire stratosphere. That's not to say he should spew inane flattery 24/7, but he should tell you how hot you are at least once a week -- if not more often.

Because if you're not the prettiest, funniest, smartest, most amazing creature who's ever crossed his path, what the heck is he doing dating you in the first place?