ATLANTA, Georgia (CNN) -- Our educational system is essentially a Soviet-style government-run monopoly that could only be loved by the likes of Lenin and Stalin. 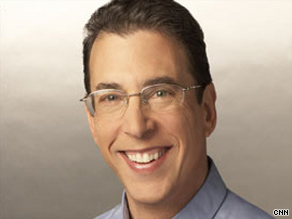 Now, I know that's a strong opening statement, but consider this: The government decides where your kids go to school; what curriculum they'll study; and even develops long-term educational plans just like the Communists devised five-year plans.

This kind of "one-size-fits-all" approach really punishes kids. And zero tolerance policies are a symptom of the stranglehold our government has on schools.

For example, the Supreme Court recently heard a case about a 13-year-old Arizona student suspected of possessing Advil back in 2003. For that crime, she was strip-searched to see if she had hidden ibuprofen pills on her body.

The Arizona school system maintained it had the right to do what it did. What's more, it remained defiant through the years, constantly appealing unfavorable lower court decisions when challenged. Arizona ultimately took the case all the way up to the highest court in the land. In late June, the Supremes ruled 8-1 that the school system's actions were unconstitutional.

See Clark discuss why he thinks governments shouldn't own banks »

In another instance of an insane zero tolerance policy, The Washington Post reports that a Virginia teen was suspended for two weeks last year after taking a prescription birth-control pill during lunch.

This was not a religious or moral issue; the school was instead arguing that it was illegal for students to have prescription pills on the premises. That student even faced expulsion!

This is what we've done by not offering school choice in our nation. I have long been a fan of vouchers, charter schools and home schooling to bust up the government monopoly on the education of our children.

Do you think this whole issue doesn't affect you because you don't have kids? Think again. Huge amounts of your taxes are still spent to support schools that are failures.

If this country is going to invest so much into government-run education, we should be taking a cue from a nation like Finland. Simply put, the Finns have the best public education system in the world.

Their 15 year-old students are consistently excelling in standardized testing versus any other nation, according to the results of the most recent PISA exams (Program for International Student Assessment) -- a test of academic proficiency administered every three years in many countries.

Finnish students ranked No. 1 in science scores, and No. 2 in both math and reading. And the United States? We come in at No. 29 in science, No. 35 in math, and a recent U.S. reading score which wouldn't even track in the top 10 countries in the world.

In Finland, children begin studying algebra, geometry and statistics in the first grade. By 15, they speak three languages, which, of course, is not uncommon throughout Europe.

According to The Dallas Morning News, a team of Texas educators recently traveled to Helsinki to learn from the Finns. What they found was that teachers had 100 percent freedom to educate as they saw fit. They treated their classroom like an entrepreneur would treat his or her business.

Contrast that to how we do things in America with our five-year plans and giant bureaucracies determining what gets taught. Our brand of institutionalized "education lite" -- with far too few hours spent in the classroom and an antiquated summer vacation schedule from America's agrarian days -- just isn't cutting it.