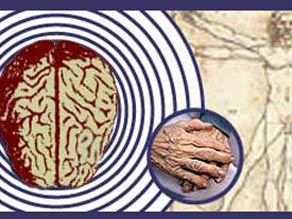 What did the brain scans show?

Dr. Sanjay Gupta, CNN chief medical correspondent: This was a small but significant study in the fact that it may lead researchers to determine who will develop Alzheimer's disease and who may not. I had a chance to view the brain scans used in this study and they were truly fascinating. The images of patients with Alzheimer's showed many areas throughout the brain where the cells and tissue have begun to deteriorate or have already died. We know Alzheimer's is a neurodegenerative disease and when the cells die, patients begin to experience loss of cognitive function. Although all the patients with MCI experienced mild memory problems, not affecting their daily life, inside their brains looked very different. One group looked very similar to the brain of the Alzheimer's patients. The other MCI group showed very little cell damage.

What does this mean for patients with MCI?

Gupta: What this tells us is no two patients with MCI are the same. And some may progress to an Alzheimer's diagnosis in less that a year. These researchers looked at follow-up imaging a year later and found 30 percent of the group whose brains showed signs of cell loss were now Alzheimer's patients. This is a potential clue in trying to figure out who is most likely to develop Alzheimer's later on in life. Not ready for prime time yet, in terms of patients having access to these scan results, but it could be available a few years from now.

Is there anything people can do as they age to keep their brain strong?

Gupta: Yes, various cognitive exercises and memory activities can help keep your brain healthy and maintain cell production. But there isn't a lot of evidence showing that it can somehow reverse the effects of cell loss after getting an Alzheimer's diagnosis. What I found even more interesting, is something I started to incorporate into my own life: simple physical exercise. I am not talking about necessarily strenuous exercise, but simple, regular daily activity. Studies show it has a way of fueling your brain and even ward off Alzheimer's. I would say cognitive and physical activity is your best bet for now.

Background
CNN interviewed Bill Thies, the chief medical and scientific officer at the Alzheimer's Association, about this study. Here are some of his observations:

"This is an interesting study. Right now, we make an MCI diagnosis from talking to people; it requires symptoms to be there to make a diagnosis. And now people are looking at all sort of high-tech tools and imaging to track the signs inside their brain. MCI is often a very sporadic condition, a person might have symptoms of MCI one day and the next day might be normal. Part of the reason is different things can cause MCI -- depression, anxiety, its not always Alzheimer's disease.

"At the ultimate extent, based on this research, you'd be able to take any individual and take a picture of their brain structure and get a decision one way or another if they will develop Alzheimer's disease. It would be extremely valuable, especially for a MCI patient.

"Everybody wants better medication for Alzheimer's disease, even the people who already make the drugs want to develop something better. We all recognize, as we look to the next 40 or 50 years, that the number of cases are going to increase. And it is a very expensive disease for society. If we don't have a better way to treat it, it will have disastrous effects on society."