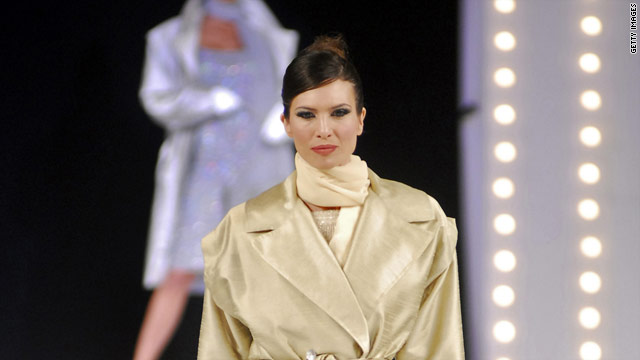 London, England (CNN) -- Following the death of a former Miss Argentina after complications arising from plastic surgery, questions are being raised about the risks of cosmetic surgery.

Solange Magnano, 37, died in hospital, after being transferred from a clinic where she underwent an elective surgery on her buttocks last Wednesday.

Following revelations of Magnano's death, he told CNN, "Unfortunately, the things we're saying about this type of surgery keep being proven right by people having major disasters."

Magnano is reported to have died from a pulmonary embolism, a blockage of the blood supply to lungs.

It is currently not known if Magnano's death was a result of her surgery and there is no suggestion that it came about through surgical error, but there are risks associated with buttock-enhancement surgery.

Mercer said Magnano may have had a solid implant in her buttocks, a relatively low-risk procedure, but he said it's possible that she had liquid silicone injected into her buttocks -- a "highly unpleasant" procedure that is banned in most countries. An alternative would have been to extract fat from another part of her body using liposuction, and then inject the fat into the buttocks.

"With a pulmonary embolism something blocks blood supply to the lungs and circulation literally stops dead," Mercer told CNN.

"The lump in the lungs can be stuff you've injected into the patient -- their own fat or a lump of silicone -- or it can be clots from leg veins as a result of deep vein thrombosis (DVT)."

While DVT is not common with cosmetic surgery, Mercer said that operations on the pelvis, buttocks and legs carry a much higher risk of causing the condition.

"No cosmetic surgery is totally risk free," Mercer told CNN. "Even having botox and fillers is not risk free. There's a chance of infection, bruising or bleeding with any procedure."

Infection
Really serious infection is uncommon, said Mercer. He added that about one percent of all operations, whether cosmetic, orthopedic or cardiac, result in an infection, but they can be dangerous and could ruin the results of a cosmetic procedure.

There is a chance of infection, bruising or bleeding with any procedure.
--Nigel Mercer, British Association of Aesthetic Plastic Surgeons

Mercer said risks are significantly increased in patients who have multiple procedures at the same time. Having breast reduction, a tummy tuck and facelift in combination could require a six-hour operation, increasing the risk of DVT, lung infection, or major blood loss.

Liposuction
Cosmetic procedures rarely result in death, but liposuction involving large volumes of fat is one of the highest-risk practices. Procedures involving more than six liters of liposuction usually require a blood transfusion, which can dramatically increase the associated risks.

Nerve damage
Nerve damage is rare, but mistakes during facelifts can result in permanent damage to facial nerves.

"With a tummy tuck the bottom part of tummy will be permanently numb following the procedure," said Mercer. "Very few patients who come to see me have been told that by other surgeons they have seen. "

Buttock implants
Solid silicone implants in the buttocks can sometimes harden. That can be painful, difficult to sit on, and be visible when the patient moves around. Buttock surgery also carries an increased risk of infection.

Scarring
"About four percent of the population do not form nice white scars, they form a very red, raised, lumpy scar," said Mercer.

Smoking
Mercer says there is a much greater risk of complications in smokers, because nicotine greatly constricts blood vessels. Some surgery involves cutting and tying blood vessels, meaning efficient blood flow is essential.

"I've done medical reports on patients who have had a tummy tuck and have said they have stopped smoking, but haven't," said Mercer.

"As soon as they've got out of bed after the procedure they've gone outside and smoked cigarettes, and the bottom part of their tummy has gone black and fallen off, which means they've needed skin grafting."

He adds that when you see a surgeon for consultation it's crucial to ask about their qualifications and training, and then check the information with a recognized regulatory body.