In 2007, a resident surgeon snapped a picture of a patient's tattoo -- the words Hot Rod on his penis -- and shared it with colleagues, making international news when the story was leaked to the press. At least the resident didn't post the picture on the Internet. 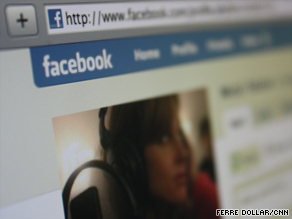 A new survey suggests that with the rise of blogging and sites like Facebook, Twitter, and YouTube, such a thing could happen. In fact, 60 percent of medical schools have had students post inappropriate or unprofessional information on the Web, according to a study in the September 23/30 issue of the Journal of the American Medical Association.

Most of the time, the information was related to the student's own behavior, including drunken, drug-related, or sexually suggestive images or comments, as well as the use of profanity or discriminatory language.

But six schools, or 13 percent, reported incidents in the past year that involved content that violated patient privacy. For example, some students blogged about their experiences with enough detail to identify patients, and one student posted patient details on Facebook. Most of the time other trainees told the dean about the indiscretions, but in two cases, patients or their families blew the whistle. Health.com: Medical mistakes: More common than you think

"We expected to find incidents of unprofessionalism, but the number was higher than expected," says lead study author Dr. Katherine C. Chretien, of the Washington, D.C., VA Medical Center.

Less than half of schools currently have policies in place to police or punish such behavior.

In the study, the researchers sent out anonymous surveys to medical school deans or their representatives at each institution in the Association of American Medical Colleges (AAMC) -- a total of 130 schools. Of the 78 schools that responded, 47 reported ever having an incident. In the previous year, 13 percent of those schools reported no incidents, 78 percent had fewer than 5 incidents, 7 percent reported 5 to 15 incidents, and 2 percent had some incidents but did not know exactly how many.

Of those that reported an incident and responded to the question about disciplinary actions, 30 gave informal warnings and three students were expelled. Overall, 38 percent of the schools had policies in place that cover unprofessional online behavior and 11 percent of the schools without such policies were working on developing one. Health.com: How college can unleash mental illness

Deans who reported incidents were more likely to have such a policy in place, the survey found.

"This is a pretty new issue for medicine," Chretien says. "We need to have a discussion about what kind of information is appropriate to be out there and what defines medical professionalism in the online world."

Other professions are also grappling with the same types of issues, she says. "The difference with medicine is that we have patients' privacy to maintain, and that is critical; doctors have also been held to a higher moral standard, at least historically. Health.com: Unhealthy outbursts: What you (and celebs) should do instead

"There needs to be better education in medical schools about protecting patient privacy on the Internet because even if [students] don't use direct patient identifiers, you can still identify someone with certain characteristics," she says.

Arthur Caplan, the director of the University of Pennsylvania Center for Bioethics, says he was surprised that more institutions had not begun to adopt policies about the Internet. "Today's medical students think of the online world as freewheeling and open-ended with no rules, and we have to educate them that they can't take that attitude when discussing their patients or personal information," he says.

Medical students may be accustomed to being free with their thoughts and photos on the Web, but the Internet is not a free-fly zone for future doctors. The only way to reign in this behavior is to punish violators, Caplan says. "First-time violators should get suspended, which is serious stuff, and second-time violators are out," he explains. "We also need to remind and teach students what medical privacy is in terms of the Internet." Health.com: 20 medical mysteries and miracles

Dr. Jordan Cohen, a professor of medicine at George Washington University and a former president of the AAMC, says he finds the study results not all that surprising, given the popularity of social-networking sites.

"It's clearly an area that should be addressed by schools," he says. "The Internet needs to be included in examples of potential areas where unprofessional behavior can occur."