(CNN) -- People as young as 40 with borderline or high cholesterol levels are at increased risk for developing Alzheimer's disease or vascular dementia, said a Kaiser Permanente study released Tuesday. 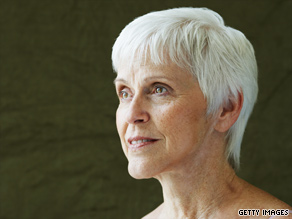 Experts say the first step to lowering cholesterol is to modify habits: Improve exercise and nutrition and reduce stress.

Researchers tracked nearly 10,000 people for four decades, starting when the participants were between 40 and 45. After controlling for weight, hypertension and diabetes, researchers discovered a significant link between borderline-high cholesterol and dementia, according to the study.

Although previous studies have linked heart and brain health, researchers said this study is the first to examine the association between borderline cholesterol levels and dementia.

And although dementia does not typically strike until later in life, "it's a disease of a lifetime," said Rachel Whitmer, research scientist at Kaiser Permanente and senior author of the study. "We need to think about it like we do for cardiovascular disease."

The study found that participants who had high cholesterol, or a value of 240 or more, had a 66 percent greater risk of developing Alzheimer's disease later in life. People with borderline-high cholesterol, between 200 and 239, had a 25 percent spike in risk.

"The terminology can really be confusing to people who don't necessarily associate borderline elevations with substantial increased risks," said Dr. Gregg Fonarow, a cardiologist and professor of medicine with the UCLA Division of Cardiology.

More than 106 million Americans have borderline-high cholesterol levels, according to the American Heart Association.

"If anyone was ever on the fence about controlling their lipid profiles, this could be further reason to bring your numbers to an optimal level," Fonarow said.

The first step to lowering high cholesterol is to modify a person's health habits.

"When I meet with patients, I emphasize to them that there's not one single thing they can do to improve their lipids. They have to think of their whole life," said Dr. Larry Bergstrom, director of the Integrative Medicine Program at the Mayo Clinic in Scottsdale, Arizona.

Experts agree that a three-pronged approach of daily exercise, stress reduction and nutrition can naturally lower levels. A diet rich in olive oil, nuts, whole grains, fiber, fresh fruit, vegetables and a limited amount of red meat is best, according to the Mayo Clinic.

"These people were between 40 and 45 years old when their cholesterol was measured. That is many years before one would get dementia. This is a modifiable risk factor that can be changed," Whitmer said.

Supplements such as plant sterols and red yeast rice are also effective when taken in conjunction with a healthy diet. A recent study showed that red yeast rice decreased the body's production of cholesterol and lowered a person's LDL, or bad, cholesterol by 27 percent over a three-month period.

"If someone changes their diet, exercises and works on stress, supplements could be what pushes them over the edge and helps complete the picture and lower their levels effectively," Bergstrom said.

More traditional treatments such as prescription medications are also an option for those people who eat a heart-healthy diet and exercise daily, but still need help lowering their overall cholesterol. "If every individual knows their optimal lipid levels and can control them, it will pay large health dividends," Fonarow said.

Although the Kaiser study does not show proof that lowering cholesterol definitively lowers the risk for Alzheimer's disease as well, many doctors agree that nothing adverse can come of reducing high cholesterol levels.

All About Alzheimer's Disease • Cholesterol