(CNN) -- An infant girl delivered prematurely from her mother, who has the swine flu virus, has died, hospital officials said Monday. 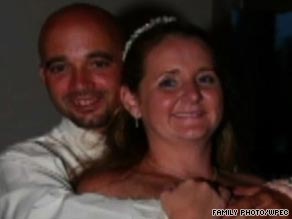 Aubrey Opdyke was put into a medically induced coma to give the baby as much oxygen as possible.

Her mother, Aubrey Opdyke, was placed into a medically induced coma June 3 to help give the baby as much oxygen as possible. But doctors delivered Parker on Saturday after her mother suffered a collapsed lung last week.

"Despite heroic efforts on the part of physicians and nurses, we are sad to announce that baby Parker Christine Opdyke has expired," said a written statement from the hospital.

No other details were available Monday. Attempts by CNN to reach the family were unsuccessful.

Even under the best circumstances, delivering a child at 27 weeks is a very early birth, Dr. David Feld, a Palm Beach County obstetrician and gynecologist, told CNN affiliate WPEC.

"When you have an infectious case, I don't think you're going to see that lung maturity as quickly, and I think that is the issue," he said. But, he said, now that Aubrey Opdyke is no longer pregnant, she will be able to fight for her own life.

Palm Beach County has had 247 confirmed cases of the H1N1 virus, known as swine flu, but only one death. In late June, a 25-year-old pregnant woman died, but her baby survived.

Pregnant women have long been a prime concern of health care officials regarding the flu virus, but are of particular concern during this outbreak of swine flu. Pregnant women have always been advised to get a flu shot because they are at greater risk because of the weakened immune system resulting from their pregnancy. But the H1N1 epidemic has seen new complications and challenges.

"We have seen, with this virus, worse complications and severe infections in pregnant women," said Dr. Anne Schuchat, director of the National Center for Immunization and Respiratory Diseases at the Centers for Disease Control and Prevention. "We're urging women who are pregnant who develop fever or respiratory symptoms to seek care promptly."

The CDC said it is vitally important for pregnant women to recognize the signs and symptoms, like fever and cough, to get to their doctor quickly and to begin taking antiviral medicines early on.

"I know that many pregnant women don't want to take anything while they're pregnant," said Schuchat. "This is a situation where you need to be more worried about your health and the baby's health."

The CDC also recommends that pregnant women get the H1N1 vaccine when it becomes available, in addition to an annual flu shot. "For people who are at high risk, like pregnant women, planning to receive both vaccines is probably the right way to go," Schuchat said.

The CDC's advisory committee will meet later this month to make recommendations on at-risk groups who should receive the new vaccine.

All About Swine Flu • Pregnancy and Childbirth